Opinion: Who cares about Gilmore? 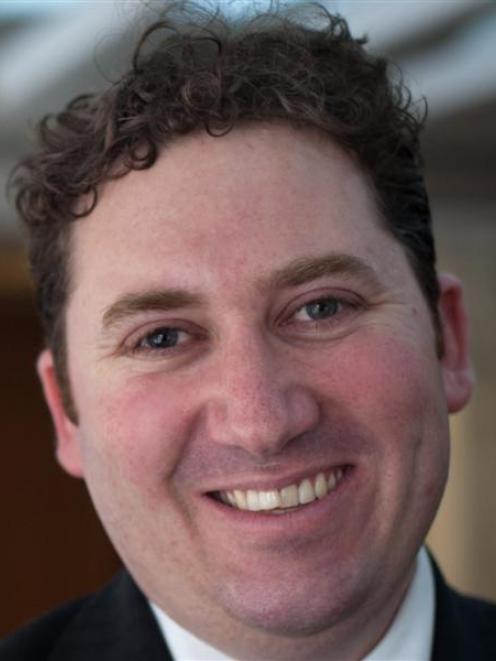 Aaron Gilmore
Does anyone outside the Wellington beltway really give a toss about Aaron Gilmore, a parliamentary nobody who beyond fulfilling his duties as backbench lobby fodder is an utter and complete irrelevance when it comes to matters of real political import?

The media pack had its (prurient) motives for hunting down the list MP. But once the detail of his drink-fuelled escapade in Hanmer Springs was well and truly out of the bag, what more was there to say?

The continuing focus on this nonentity can arguably be rationalised on two grounds: first, that from here on, how Mr Gilmore casts his parliamentary vote is critical to National's capacity to govern effectively; second, questions have to be asked as to whether Prime Minister John Key's handling of this unseemly episode has been satisfactory, especially as National's bottom-ranked MP is flouting the Prime Minister's authority by not resigning from Parliament.

Despite coming under huge pressure to resign from Parliament, Mr Gilmore's inclination - at least for now - appears to be to endure the opprobrium being heaped on him by colleagues and remain a National MP and therefore continue voting the party line.

Mr Key's inclination likewise seems to favour keeping the Christchurch list MP on board. While the prime minister may have found it difficult to reconcile Mr Gilmore's account of events at the now infamous Heritage hotel dinner a couple of Saturdays ago, he seems resigned to giving his MP a second chance.

Mr Key will judge that the public could not care less what happens to Mr Gilmore. Allowing him to serve penance in private might be preferable to a messy public stoush resulting from trying to expel him from the party.

Mr Key holds all the cards. Mr Gilmore might threaten to vote against National. But that would be an empty threat. Even if Mr Gilmore was to go independent, it is difficult to envisage someone whose politics are closer to Act than Labour making some overnight conversion to the beliefs of the centre-left and siding with the Opposition parties to spite his former party.

His name would be mud. He would be seen as manipulating the proportionality of Parliament and undermining democracy were he to become a traitor to the party on whose coat-tails he re-entered Parliament less than three months ago as Lockwood Smith's replacement.

The pressure on Mr Gilmore to resign from Parliament would become even more unrelenting and unbearable. His actions would almost inevitably trigger calls for the revival of some form of draconian anti-party-hopping legislation.

No doubt he has been counselled by colleagues of the inadvisability of going down such a path. He is, anyway, smart enough to work that out for himself.

Chucking Mr Gilmore out of National's caucus and revoking his party membership would do much for Mr Key's standing after his recent stumbles. But would that be worth the potential trouble? Leaving Mr Gilmore where he is, is likely to result in the backbencher disappearing from view as fast as he has shot to unwarranted prominence. Suspension or expulsion from National's ranks would still be held in reserve.

But there is nothing Mr Key could have done about that.

There was also nothing David Shearer could do about the furore surrounding Mr Gilmore affecting media coverage of something of far more significance.

The Labour leader's scene-setting speech on Wednesday before next week's Budget contained no news, but revealed a marked shift in language and the adoption of a much more aggressive tone towards Mr Key. Mixing Alice Cooper with Bing Crosby, the message was Mr Shearer was no longer going to be Mr Nice Guy or Mr In-Between.

The punishment meted to David Cunliffe late last year was evidence Mr Shearer is not someone to be crossed. But neither can he easily feign anger. He comes across as nice - and voters simply equate ''nice'' with ''weak''.

Labour's strategists are seeking to dispel that notion by having Mr Shearer tackle Mr Key head on - something they have been reluctant to do until now as Mr Key's popularity meant such attacks were counterproductive.

Labour now believes there is enough disenchantment with Mr Key among those on middle-incomes to warrant a change in tactics, which also involves repositioning Labour and delineating the party more clearly.

Thus has Mr Shearer sought to define the Budget as Mr Key being ''more interested in looking after his mates than your mates'' and being written for ''the boardroom not the smoko room''.

Mr Shearer has picked up references made by his Australian and British Labour Party counterparts to ''vested interests''. It is a tactic right out of Winston Peters' political textbook. You create groups of bogeymen and women - investment bankers, casino operators, property speculators and so forth - and use those stereotypes to force voters to side with you in an ''us versus them'' scenario.

Labour has already applied that tactic to the electricity price debate by demonising the big generating companies.

In that respect, Labour is delighted only 113,000 or so investors took up the offer of shares in Mighty River Power.

National will be relieved that those who did invest saw the share price enjoy a healthy premium yesterday above its $2.50 listing.

Even better for both parties is that the Gilmore problem seems unlikely to rear its head in Budget week - and their plans will not be derailed by the foibles of an irrelevant political neophyte.