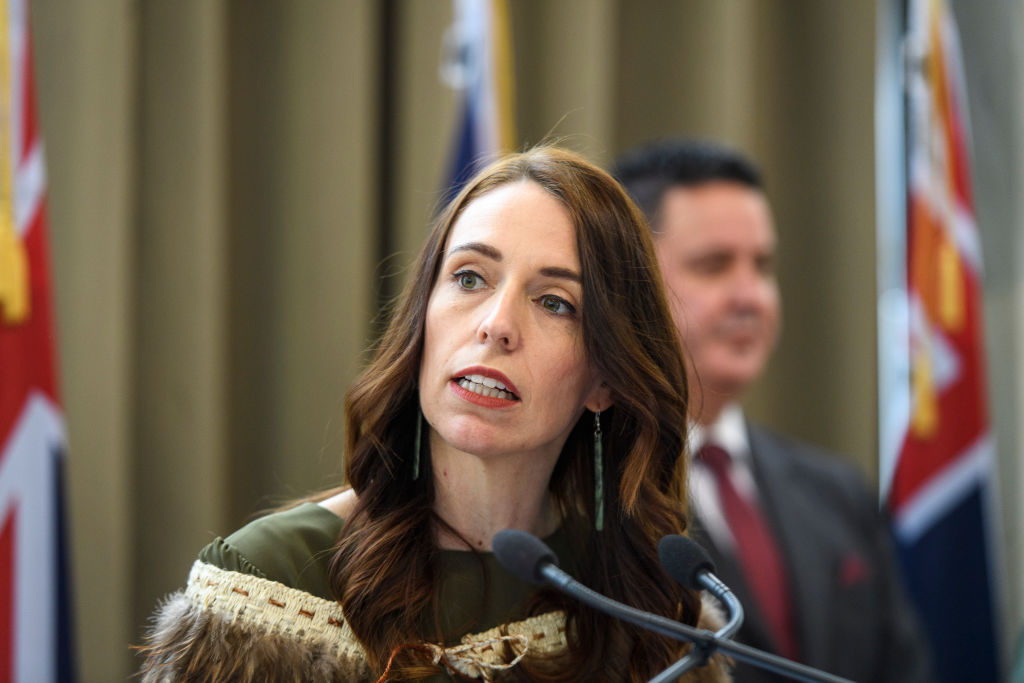 Ardern accused National of "leaving us a housing crisis", while telling Collins she refused to be lectured by her when it comes to this issue.

Collins, who spoke before Ardern, took aim at what she said was a poor record of Government spending.

"We will hold this Government to account," Collins repeated close to a dozen times during her 25-minute speech.

The debate was heated even before the two leaders' speeches started – the Māori Party's two MPs walked out of the chamber after they said they were denied the right to speak in the address in reply speech.

But House Speaker Trevor Mallard clarified later in the day that the Māori Party had asked for two speeches in the address in reply – something the current rules do not allow for.

The day started with the Governor-General's Speech from the Throne – the traditional speech which sets out the policies and promises of the Government.

That speech, which was written by Ardern, revealed the Government's plans to make sure any Covid-19 vaccines would be free for all New Zealanders.

Throughout both the Speech from the Throne and her speech in the House – Ardern's first major one in Parliament since she was re-elected – Covid-19 was the clear centre-piece.

"New Zealanders have taken it in their stride," she said of the country's fight against the virus. 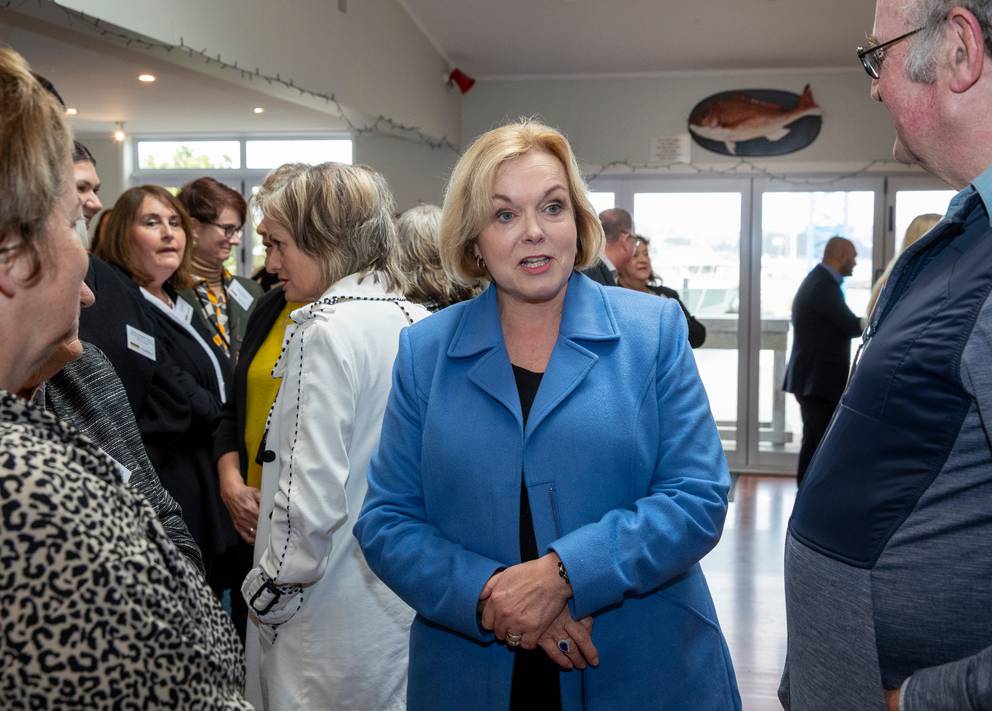 National Party leader Judith Collins. Photo: NZ Herald
She said the collective action of New Zealand has been one of the most humbling experiences of her life.

For that, she said, "we owe them [New Zealanders] our ongoing action".

It was a similar story when it came to climate change – "Our generation cannot sit still while there is a climate crisis," Ardern said in the House.

Just hours beforehand, Leader of the House Chris Hipkins let slip that next week, the Government would be moving a motion to declare a climate emergency in New Zealand.

The motion, as it turned out, would be moved by Ardern herself next Tuesday.

Speaking to reporters on her way to the House this afternoon, Ardern said Labour has always considered climate change to be "a huge threat to our region".

"[It's] something we must take immediate action on."

Unlike previous attempts to move such a motion – which was done by Green MP Chloe Swarbrick – the motion expected next Tuesday will come from the Government.

As Labour has an outright majority in the House, the motion will pass.

But it didn't take long for the Government to come under fire for the commitment.

Act leader David Seymour said that the Government's motion will amount to nothing more than a "marketing stunt that won't stop a tonne of emissions".

In her speech, Collins was also critical of the Government's climate change record.

According to figures from the Ministry of the Environment, current efforts are falling short of the country's international commitments and forestry offsetting accounted for a large chunk of any gains.

Although there were a number of jibes thrown across the House during the climate change debate, the chamber was by far the most heated when both Collins, then Ardern, talked about housing.

"It's a disgrace," Collins said, attacking the Government on the failed KiwiBuild policy.

She laid the blame of New Zealand's soaring house prices at the feet of Ardern's Government.

Collins added that there needed to be a "reality check" for the Government when it comes to its house-building programme.

"It was never foreign buyers or people with Chinese sounding names," she said, referencing a line of attack Labour had prior to the 2017 election.

But Ardern was clearly not having a bar of it – "I will not be lectured by the leader of the Opposition [whose party] left us a housing crisis".

Meanwhile, Green Party co-leader Marama Davidson said although her party was committed to working with the Government when it comes to climate change, it will also hold ministers to account.

Act's David Seymour – whose caucus has swelled from just one last term to 10 this term – used his speech to say that the "free and democratic world must awake from the slumber we've been in since the Cold War ended".

"The South Pacific populism of smiles and slogans won't cut it."

It's depressing that the Nationals didn't get rid of "Third Choice Collins" and so we have to put up with its aggression for the sake of aggression displays for the foreseeable future.
I simply can't believe a word she says, it's all an act. If National ever want to get re-elected they need to tell her to pull her head in and get real.

I agree, although I don't know that it's an act, I think it is all she's got.
Collins has what I call a "hit and run" style of speaking to issues. Everything she says is aggressive simply because that's all she knows, it's shallow and without substance, aimed for the sound bite not rational thinking and it's not backed up or followed through with any policy or alternatives. She hits, then runs.
She hasn't learned that this style of presentation is a significant reason why she lost so many votes for her party and if her election investigation team does happen to identify that as an issue she'll simply ignore it, she just doesn't have what it takes to adapt. Like the dinosaurs before her, failure to adapt results in extinction.

'Humbled, as we were, by the support from the provinces, rural people'.

She's talkin' bout us! Of course National voters claim they influenced the resounding Labour win. If they did not, they would be marginalised by the number of Labour supporters.

Advice from someone involved in '75 coverage. You want your party In, vote for it.