PM should accept it's game over - Little 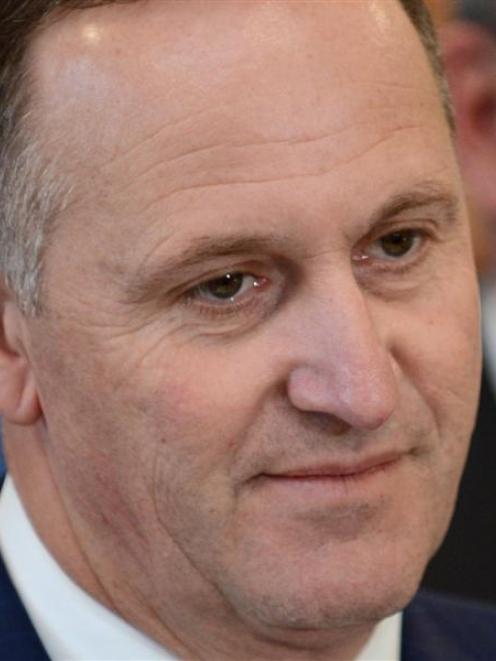 John Key
Prime Minister John Key should accept it's "game over" and acknowledge his office's dirty tricks operation rather than continuing his string of recent lies about it, Labour leader Andrew Little says.

Mr Key has been forced on to the back foot over his incorrect answers to questions about his recent contact with Cameron Slater.

That contact took place before the release of report which detailed co-operation between the right wing blogger and Mr Key's staff to conduct a political smear against former Labour leader Phil Goff using information supplied by the SIS.

Mr Key was yesterday forced to correct an answer he gave to a parliamentary question where he denied talking with Slater about Inspector-General of Intelligence and Security Cheryl Gwyn's report ahead of its release on Tuesday.

Mr Key on Tuesday also told reporters he'd had no contact with Slater over the report.

"It's time to say game over, John. Front up, admit the truth, tell New Zealanders, say sorry and we'll all move on."

Mr Key this morning said he had "absolutely not" lied about his contact with Slater.

Late last night, he released an edited version of his Monday night text conversation with Slater in which the blogger claimed Labour chief of staff Matt McCarten had a hand in hacking his emails and that there was a plot against his life.

Today, he said that when he told reporters on Tuesday - just 18 hours after that text conversation - that he had not been in touch with Slater, he had not misled the public.

"I genuinely couldn't recall and I wasn't going to take a stab."

He claimed Tuesday's media question about his contact with Slater was in the context of a report by former judge Justice Lester Chisholm about former Justice Minister Judith Collins, which was also released that day.

"That was the assumption I made and I think that was a fair enough assumption."

That was also his explanation as to why he incorrectly answered Ms Woods' question in Parliament yesterday.

"In my defence, you know I answer the questions as I hear them. That particular question in the House I specifically heard it as the Chisholm report. I think I'm pretty much entitled to do that because if you look at the primary question and all the questions prior to that they were in relation to that area."

Asked if he had lied about his contact with Slater, Mr Key said: "Absolutely not."

He said the release of three reports containing a huge amount of information on one day, time pressures and noise in Parliament all contributed to his failure to answer the questions correctly.

But Mr Little said Mr Key's explanations were "the usual dissembling and obfuscation that unfortunately is becoming characteristic of a Prime Minister who was once a reasonably straight shooter but no longer".

Meanwhile, Mr Key confirmed this morning that he had given Slater his new cellphone number after he changed it during the election campaign.

However he said he was "fundamentally not" in contact with Slater.

"I haven't rung the guy and I haven't proactively texted him."

Nevertheless, he also said he phoned Slater yesterday to confirm his recollection of what they discussed in their text exchange on Monday night as he'd deleted the texts.

"He confirmed for me that they were only about his information that Phil Goff had leaked the report. I then went and asked him to send the screenshots to me."

"The waters surrounding Mr Key and his attack blogger friend have been further muddied in the past 48 hours, highlighting the need for a Royal Commission to investigate the extent of the Prime Minister's involvement in dirty politics and the use of SIS information for political purposes," she said.