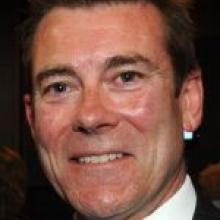 woodhouse271111__Small_.jpg
Michael Woodhouse looks set to become the highest-ranked National MP from Dunedin in the history of the party when, as expected, he becomes chief whip next Tuesday.

Prime Minister John Key announced his new Cabinet line-up yesterday but hinted to the Otago Daily Times on Friday that Mr Woodhouse was due for a promotion, in his view.

Mr Woodhouse confirmed yesterday he had put his name forward to become the chief whip, seen as a stepping stone to becoming a cabinet minister.

While the vote will not be held until next week, it is understood the Dunedin-based list MP has the support of both Mr Key and Leader of the House Gerry Brownlee. That would appear to make his elevation a certainty.

The party's whips before the election, Chris Tremain and Jo Goodhew, have both been appointed Ministers outside Cabinet.

There have been three previous National Party MPs in the city- the late Sir James Barnes served two terms from the snap 1951 election until 1957, the late Richard Walls served one term in 1975-78, and Katherine Rich was a list MP from 1999 until 2008 when she retired from politics.

Mrs Rich was picked to become a cabinet minister in the last National administration before making her surprise retirement announcement.

Both Sir James and Mr Walls went on to become the mayor of Dunedin.

The office of chief whip is a hangover from British colonial times. All parties in New Zealand have a whip, although the Green Party has "musterers". The role of the whip is to ensure the Government's business is progressed through the House. He or she also has to ensure MPs are available for voting, approves leave of MPs and reports to the Prime Minister of any likely dissent.