Fears for democracy in US 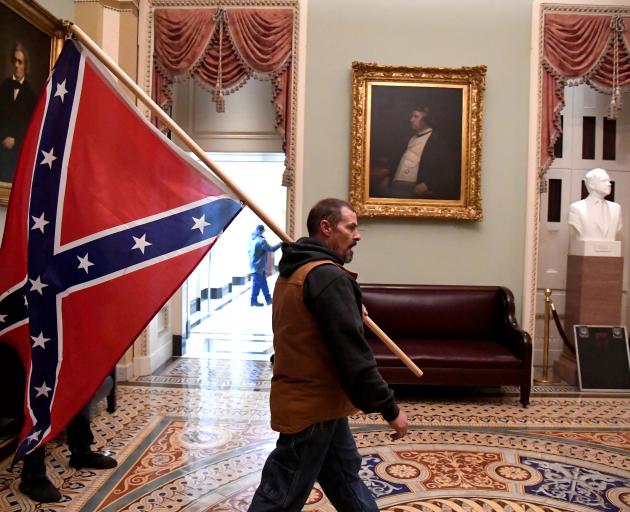 A supporter of President Donald Trump carries a Confederate battle flag on the second floor of the U.S. Capitol near the entrance to the Senate after breaching security defenses, in Washington. Photo: Reuters
The United States may be facing the worst political and constitutional crisis since the American Civil War in the 1860s, a University of Otago academic says. 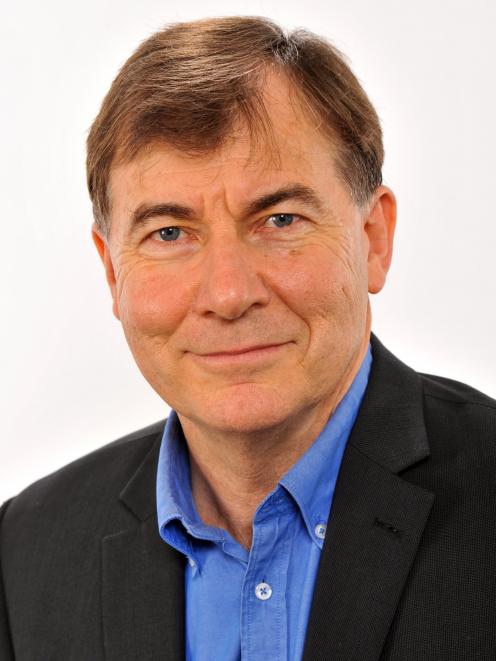 "Democracy now appears to be in the balance in the United States," Prof Robert Patman, of the University of Otago, said after a break-in at the US Capitol complex yesterday by supporters of President Donald Trump.

Several world leaders yesterday spoke out against the protest break-in when Congress had been meeting to count the Electoral College votes and confirm President-elect Joe Biden as the nation’s next leader.

British leader Boris Johnson said the scenes at the Capitol were "disgraceful" and New Zealand Prime Minister Jacinda Ardern said the right of people to exercise their vote, have their voice heard and have that decision upheld peacefully "should never be undone by a mob".

Prof Patman, an international relations specialist in the Otago politics department, yesterday urged the Government to add to its comments and make it plain it was never right for a leader such as President Trump to refuse — as he had over the past year — to confirm he would not accept the result of the presidential election, irrespective of its outcome.

The global reputation of the United States as "an exemplary model of democracy" had earlier been in decline, but Mr Trump had in the past year accelerated this.

"In particular, President Trump has considerable responsibility for contributing to a polarised political climate which has made storming of Capitol Hill possible," he said.

Prof Patman said as a liberal democracy, New Zealand strongly depended on both an internal and global system of rules-based order.

Such rules had long been under attack by President Trump, who was unsympathetic to the multilateral rules New Zealand relied on, and he had damaged New Zealand’s international interests.

This included undermining the World Trade Organisation, a body which had helped New Zealand win seven significant international trade disputes, including overturning a former Australian ban on the importation of New Zealand apples.

Mr Biden’s outlook on an international rules-based order was more in keeping with New Zealand interests, and the recent electoral success of two Democratic candidates, Raphael Warnock and Jon Ossoff, in the Georgia Senate run-off would help New Zealand by making it easier for Mr Biden to pursue his foreign policy goals, he said.

Note patman comment that Biden is in line with NZ interests. The US and NZ have separate interests. Trump was looking after US interests not global. Biden will support global interests and screw the american people. How would kiwis feel if their tax dollars went to American's? A bit miffed! Democrats have always done that and now will screw American's over permanently. They will make DC and PR a state, grant amnesty to 21 million illegals and guarantee the US has a 1 party system run by the democrats. This only guarantees more violence by the marginalized. Patman is a globalist who knows nothing about the US.

Terrible article just more useless opinions and again I would like to know who wrote this?

Ed replies: The reporter's name is at the top of the story.

"Like so many others, I’ve been watching what’s happening in the United States. I share the sentiment of friends in the US - what is happening is wrong" yeah so not increasing benefit levels so people can live with dignity means nothing to you then.