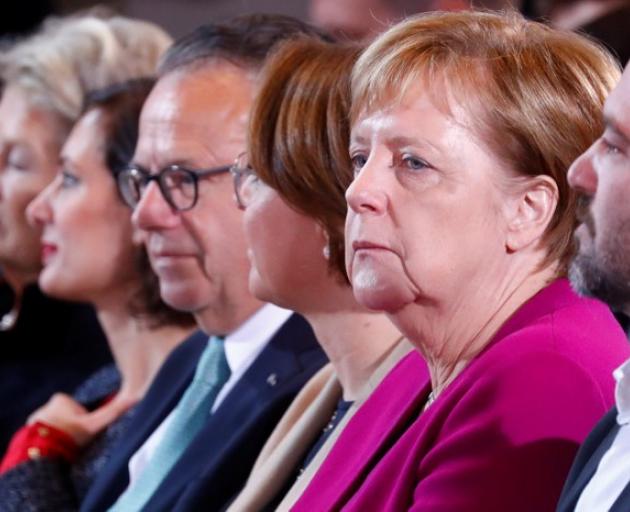 Germany's Angela Merkel said that her fourth term as chancellor would be her last and that she would step down as leader of the Christian Democrats (CDU), heralding the end of a 13-year era in which she has dominated European politics.

Merkel, who has been CDU chairwoman since 2000 and chancellor since 2005, announced the decision after her party suffered its second regional election setback in as many weeks.

"I have the firm feeling that today the time has come to open a new chapter," Merkel, looking serious but calm, told reporters in Berlin after a meeting of the CDU's leadership on Monday.

Merkel (64) made the announcement a day after Sunday's vote in the state of Hesse, at which the CDU came first but suffered a slump from the last election there in 2013.

Her authority has already been dented this year by the two election setbacks and a close ally losing his role as leader of her conservatives' parliamentary group. 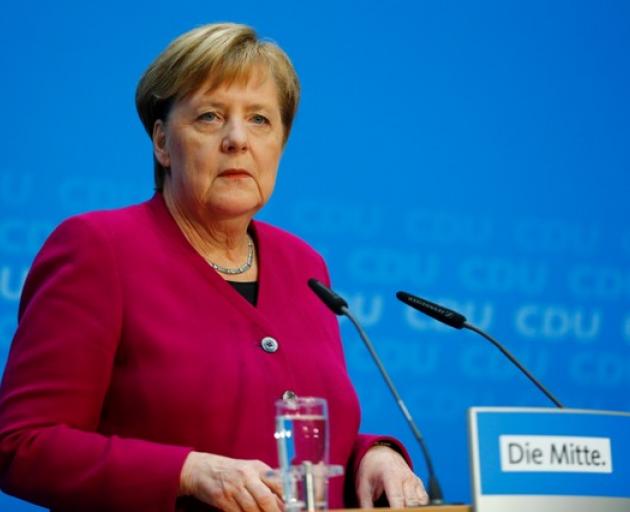 Following the CDU's result in Hesse and dissatisfaction with her coalition, she said: "Firstly, at the next CDU party congress in December in Hamburg, I will not put myself forward again as candidate for the CDU chair."

"Secondly, this fourth term is my last as German chancellor. At the federal election in 2021, I will not stand," she added.

The move sets in motion the process for the CDU to settle on and prepare Merkel's successor. The euro fell briefly and German government bond yields rose on the news.

Stepping down as CDU chairwoman further undermines Merkel's authority, as she had previously said the party chair and chancellery should be held by the same person.

Merkel has loomed large on the European stage since 2005, helping guide the EU through the euro zone crisis and opening Germany's doors to migrants fleeing war in the Middle East in 2015 - a move that still divides the bloc and Germany.

"We are witnessing a continuation of the pattern in place ever since Merkel’s mistakes in the 2015 migration crisis: the gradual but steady erosion of her political power," said Carsten Nickel, managing director at Teneo, a consultancy.

"Rather than outright instability in Germany and Europe, it simply means a continuation of the current leadership vacuum."

Monday's news came as a surprise to CDU party officials, who had expected Merkel to seek re-election as chairwoman at a party congress in Hamburg in early December.

Merkel is under pressure from her Social Democrat coalition partners to deliver more policy results and the centre-left party could yet pull out of the government at a mid-term review next year.

The shock move starts the race in the CDU to succeed Merkel and raises questions about whether she can stage-manage a smooth exit. Germany's other leading CDU chancellors, Konrad Adenauer and Helmut Kohl, both had messy ends to their time in office.

German newspapers said the move marked the end of what many saw as an era in the country's history.

By naming the time of her departure, Merkel had made herself "the driver of events, not the person driven," the Koelner Stadt-Anzeiger newspaper said.

"If all goes to plan, Merkel ends her time in office as a historic figure: not just as the first woman in the Chancellery ... but as the first German head of government to leave of her own accord, not by being deposed or in a scandal," it added.

Merkel's move will allow a new CDU chairman or chairwoman to build a profile before the next national election and she said CDU party Secretary General Annegret Kramp-Karrenbauer and Health Minister Jens Spahn, one of her leading critics, had announced they would seek the party chair.

Armin Laschet, who as conservative premier of the 17 million population state of North Rhine Westphalia, Germany's largest, would be a frontrunner in any race, also declined to rule himself out. He said only that the party had to decide on its direction before choosing its new leadership.

Merkel's weakness at home may limit her capacity to lead in the European Union at a time when the bloc is dealing with Brexit, a budget crisis in Italy and the prospect of populist parties making gains at European parliament elections next May.

When Merkel came into office in 2005, George W. Bush was U.S. president, Jacques Chirac was in the Elysee Palace in Paris and Tony Blair was British prime minister.