Police block a street in Muenster where a vehicle drove into a group of people killing several and injured many. Photo: Reuters

A German man drove a van into a group of people sitting outside a restaurant in the old city centre of Muenster in western Germany on Saturday (local time), killing two of them before taking his own life, police and state officials said.

The vehicle ploughed into people seated at tables outside the Grosser Kiepenkerl eatery, a popular destination for tourists in the pretty university city.

Herbert Reul, interior minister of North Rhine-Westphalia, home to Muenster, told German television the suspect was a German citizen and there was "no indication of an Islamist background".

Police spokesman Andreas Bode earlier said: "At 15.27, a vehicle drove into the outside area of the restaurant ... three people were killed, 20 injured, and six of those seriously injured,"

"The perpetrator killed himself in the vehicle," Bode added.

A man drove a van into a group of people sitting outside a popular restaurant in the old city centre of Muenster. Photo: Reuters

The Frankfurter Allgemeine Zeitung reported in its online edition that the perpetrator was Jens R. (48), who lived some 2km from the crime scene.

The Sueddeutsche Zeitung said the man had psychological problems. The Interior Ministry in North Rhine-Westphalia would neither confirm nor deny the report.

Bode said investigators were looking at the possibility that other suspects fled the scene, though they had no evidence that this was the case, he added.

Bild newspaper said police were searching for two possible additional suspects after witnesses said they had seen two people jump out of the van. Jens R. had no police record, the newspaper said.

"The crime scene investigators are checking out the crime scene, trying to identify, investigate and secure traces. That is our current task," Bode said.

A police spokeswoman said: "The danger is over."

Martin Wiech, who said he had studied in Muenster, told Der Spiegel he had driven to Muenster to go shopping and was now unable to return to his car.

"Unbelievable that something like this could happen in Muenster. It is one of the most peaceful cities I know," he said. 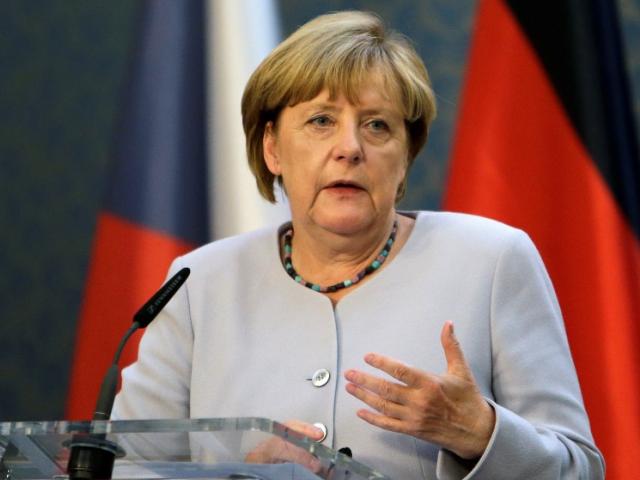 The incident came one year to the day after a truck attack in Stockholm that killed five people.

It also evoked memories of a December 2016 truck attack in Berlin that killed 12. In that attack, Anis Amri, a failed Tunisian asylum seeker with Islamist links, hijacked a truck, killed the driver and then ploughed into a crowded marketplace, killing 11 more people and injuring dozens of others.

Chancellor Angela Merkel said in a statement she was "deeply shaken".

"Everything possible is now being done to clarify the facts and to support the victims and their relatives," she added.

French President Emmanuel Macron tweeted: "All my thoughts are with the victims of the attack in Muenster. France shares in Germany's suffering."

Der Spiegel reported that police were investigating a similar incident that occurred in the eastern German city of Cottbus on Friday evening, when a man drove his car into a group of people, injuring two, before fleeing.