Jewellery stolen during a robbery from the Green Vault city palace in Dresden. Photo: Reuters
Thieves smashed display cases and grabbed priceless jewels from an eastern German museum in the early hours of Monday in a lightning raid on one of Europe’s greatest collections of treasures, police said.

They forced their way into Dresden's Gruenes Gewoelbe, or Green Vault Museum and got away with at least three sets of early 18th century jewellery, including diamonds and rubies, museum staff told reporters.

Security camera footage showed two men breaking in through a grilled window, police said. The alarm sounded just before 5 a.m. local time (0359 GMT) and officers were there five minutes later. But the burglars had escaped.

It would be impossible to sell such unique, identifiable items on the open market, added Marion Ackermann, director of museums in the surrounding state of Saxony.

"It would be a terrible thing," she said when asked whether the jewellery might be broken up or melted down. Its cultural value far outstripped any material value, she added.

The haul was worth up to 1 billion euros ($1.1 billion), Bild newspaper reported earlier, without giving a source. It said a nearby electricity junction box had been set on fire, cutting the power supply to the whole area before the heist. 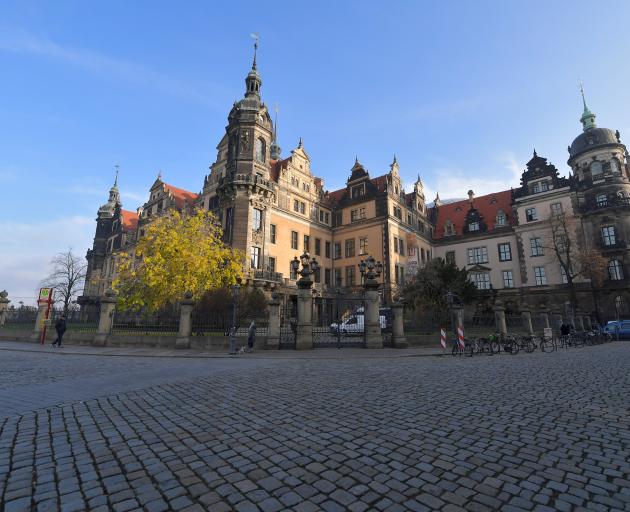 A general view of Green Vault city palace after a robbery in Dresden. Photo: Reuters

"Two suspects can be seen on the recordings, but that doesn't mean there weren't other accomplices," said Volker Lange of Dresden's police force. 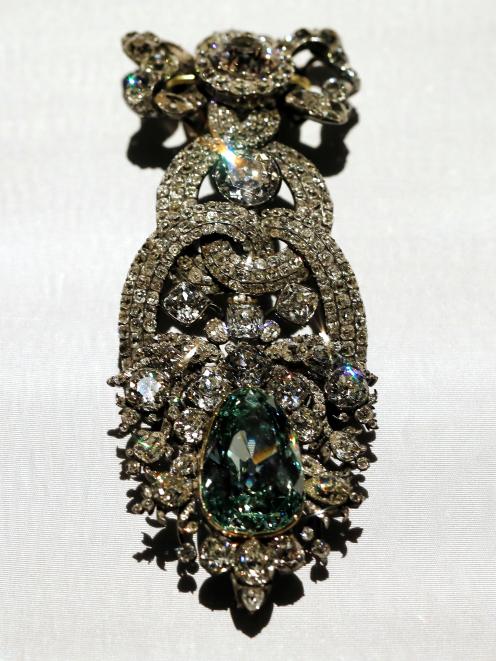 One of its best known treasures - the 41-carat Dresden "Green Diamond" - was away on loan to New York's Metropolitan Museum of Art at the time of the break-in. Photo: Reuters
The collection was founded in the 18th century by Augustus the Strong, Elector of Saxony and later King of Poland, who commissioned ever more brilliant jewellery as part of his rivalry with France's King Louis XIV.

One of its best known treasures - the 41-carat Dresden "Green Diamond" - was away on loan to New York's Metropolitan Museum of Art at the time of the break-in.

Other exhibits in Dresden include a table-sized sculpture of an Indian royal court, made out of gold, silver, enamel, precious stones and pearls.

Another is a 1701 golden coffee service by court jeweller Johann Melchior Dinglinger, decorated with lounging cherubs.

The treasures of the Green Vault survived Allied bombing raids in World War Two, only to be carted off as war booty by the Soviet Union. They were returned to Dresden, the historic capital of the state of Saxony, in 1958.

The theft was a blow to the whole state, its premier, Michael Kretschmer, said.