Protect your people, May urges EU

Theresa May is under increasing pressure not only to come up with ways to settle a divorce agreement but also to detail her vision for future ties once outside the EU. Photo: Getty Images

Prime Minister Theresa May has urged the European Union to consider Europe's safety before cutting Britain adrift from its security architecture, as she sought to push Brexit talks forward to address future ties.

At an EU summit focused more on a crisis over migration than Brexit on Thursday, May came under pressure to move on with the all-but-stalled talks and consider softening some of her "red lines" to prevent Britain from crashing out of the bloc without a deal.

She has hesitated to spell out detailed plans for Britain's departure from the EU because of divisions in her ruling Conservative Party and government over the terms of Britain's biggest foreign policy shift in almost half a century.

But in an attempt to get some control back over the talks, May used a dinner with EU leaders to underline Britain's role in keeping Europe safe, sharing information freely to solve serious crimes and prevent militant attacks.

"Our ability to do so is being put at risk," May told other EU leaders, according to a senior UK government official.

"The existing legal frameworks for third countries will not allow us to realise the ambitious future security partnership that I believe is in all our interests ... That is not what I want and I do not believe it is what you want either."

With only nine months before Britain leaves the EU, May is under increasing pressure in Brussels not only to come up with ways to settle a divorce agreement, including a proposal for a new border on the island of Ireland, but also to detail her vision for future ties once outside the bloc.

Earlier, EU leaders were blunt in their assessment of progress so far, and called on May to soften her red lines such as leaving the bloc's customs union, which has complicated a desire for no return to a hard border between Northern Ireland and EU member Ireland that could stir sectarian tensions.

"We did expect that we would make more progress, or any progress, at this summit in June ... There hasn't been," Irish Prime Minister Leo Varadkar told reporters before meeting May discuss the border.

May has promised to resolve differences among her top team of ministers at a meeting early next month and intends to present a policy document setting out the government's aims for a future partnership after that.

Her government's indecision has prompted several large companies in Britain to warn the government that a disorderly Brexit could put thousands of jobs at risk, and for the EU to repeatedly say time is running out to secure an agreement by October to give countries time to ratify the deal.

She has so far stuck to what the EU called her "red lines" - to leave the bloc's single market and customs union.

And while security is seen by British officials as one of the country's strongest cards to play in the talks, another of her pledges - to leave the jurisdiction of the European Court of Justice - has made continued cooperation more difficult.

The EU says Britain must become a "third country" after Brexit, losing its participation in several of its security data bases which hold intelligence and help track criminals.

But May said that would mean no longer being able to share information about wanted people or terrorist networks in Europe.

"So when you meet ... tomorrow, I would urge you to consider what is in the best interests of safety of your citizens and mine and give your negotiators a mandate that will allow us to achieve this crucial objective." 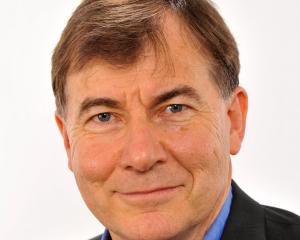