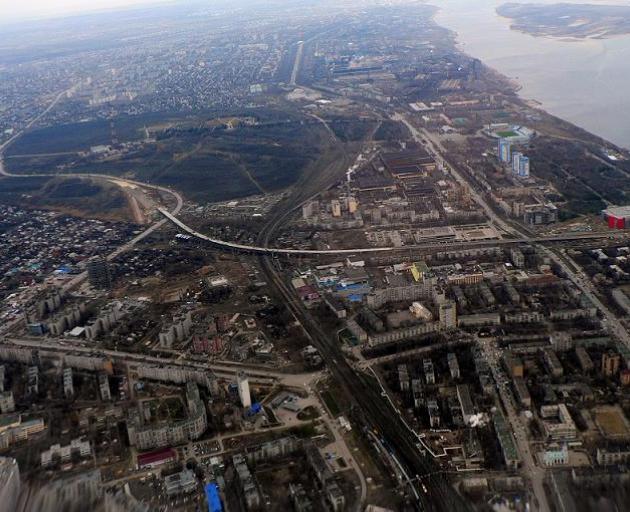 The city of Volgograd, with the Volga River and Volgograd Arena visible, top right. Photo: Wiki Commons
Ten people on a river cruise were killed when their boat collided with a tugboat late on Monday in the Russian city of Volgograd, which is hosting matches in the football World Cup, local officials and Russian media said.

Emergencies services received notification at around 22:00 (19:00 GMT) on Monday evening that the vessels had collided on the Volga river, about 1 km from the riverbank.

There were a total of 16 people on board the pleasure craft when the collision happened, all of them Russian citizens, Russia's RIA news agency cited the local administration as saying.

Rescuers were able to save five people from the passenger vessel, three of whom are in hospital, according to the website of regional governor Andrei Bocharov.

Ten people were killed, while one person is unaccounted for, RIA cited the local emergency services as saying. A search operation is underway.