The Aramoana Mole (above) offers a certain peace, as well as being a great place to view wildlife. PHOTOS: ODT FILES
A handful of shells, three dusty pebbles and my memories are all that remain of my childhood days at the Aramoana Mole.

A favourite pastime of my well-meaning parents was to take our family on "tiki-tours", or random explorations of the surrounding countryside.

We children protested vehemently at these excursions, much preferring to stay inside in the warmth, reading or playing Monopoly. But swaddled up in a hectic assortment of scarves, hand-knitted jumpers and the odd rugby jacket, we headed out into the chilly unknown; often the Mole.

Originally called Cargill’s Pier, the Mole at Aramoana is an artificial rock wall that was constructed to prevent silting in the harbour entrance.

Flanked by the skeletal wooden fingers of an old railway line, the Mole extends for 1200m from Aramoana, keeping the channel clear through directed tidal jets. Originally, the Mole was intended to extend a further 600m into the ocean. The ocean however, wasn’t having that.

Aramoana (Maori for "pathway to the sea") is a small coastal town that gained notoriety as the site of the country’s worst massacre (until the recent Christchurch shootings) when in November 1990, a resident named David Gray murdered 13 people.

Aramoana is a small and quiet town, with no shops or streetlights. As a child, I thought the silent streets and old cribs somewhat unsettling, and found that it was a relief to reach the Mole. Despite the shriek of the gulls and the pounding rhythm of the waves, there is a certain peace here. The bitter legacy of David Gray cannot taint this wild place.

I also like to think of the collection of old ships dotting the seabed around the Mole. The first retired ship, Priestman, was scuttled prior to 1920. Sunk over a 30-year period, these wrecks were intended to protect the Mole from erosion. Old photographs depict large pieces of the ships protruding above the waterline. But time and the waves have swallowed these remnants, save a solitary sternpost upon which gulls and gannets perch. I have never ventured down into the waters surrounding Aramoana Mole, but I hope to one day. I have no doubt a fascinating alien world exists down there. 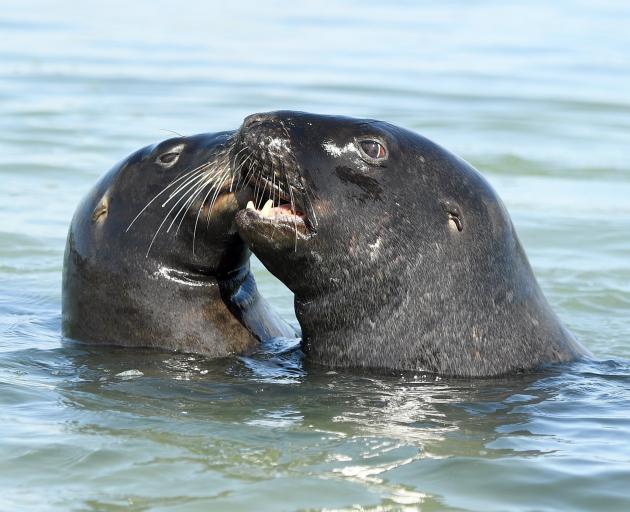 Despite our protests, my siblings and I secretly enjoyed our little excursions to the Mole. If I could ignore the biting wind and the odd urge to push my brother into the surf, the Mole was quite compelling.

Defying the pummelling gale, I would race my siblings to the very end, keeping a keen eye out for wildlife on the way (20 points for a penguin, 50 points for a seal or sea lion). A few years ago I encountered a very different type of wildlife: an American exchange student clambering over the rocks, proudly clutching a ship’s sign.

Nothing could beat the heady thrill of excitement one felt when spotting a seal, or the brisk slap of the sea spray. Heedless of our parent’s protests, my brother and I would climb to the very outermost rock, revelling in the delirious sense of vertigo.

Returning from summery Oxford to the great city of Dunedin last June, I felt compelled to visit the Mole.

To me, the Mole at Aramoana is a last bastion of normality; a reminder of my careless childhood. With the pressing weight of responsibilities that come with growing up, returning to the Mole is reassuring, even if just to skim stones and count the odd seal.