Digging up our natural capital 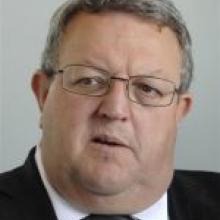 Gerry Brownlee
The National-led Government dipped a tentative toe in the conservation estate last year when Gerry Brownlee argued the case for digging up parts in a search for mineral wealth or, to be more specific, to find the pot of gold that would - just like that, it seemed - place our economy on a par with Australia's.

Mr Brownlee soon retreated from his proposal, as did the Government, although the possibility of it being revived after the election cannot be ruled out. No genuine attempt had been made to prepare the public for such a remarkable policy, and little effort seemingly made to assess the obviously high political risk.

But, as Mr Brownlee once described it, using mining as a way of improving New Zealand's "parlous financial position" might look very much more attractive when the accounts start falling due for our earthquake-worsened national indebtedness.

That might have been the motivation for Rodney Hide's venture into similar dangerous territory at Act New Zealand's annual conference. Mr Brownlee wanted to remove the protection provided for conservation land in the Crown Minerals Act.

During the Government's retreat it actually added 14 more areas, totalling 12,400ha, to the schedule, and promised in future that all areas given equivalent classifications, such as national parks and marine reserves, would automatically become part of that schedule.

So Mr Hide's commitment to allow mining in both national parks and on high-value conservation land stands at almost - but not quite - the opposite pole of Act's coalition partner.

It is, of course, no more than a promise without substance, let alone one having any prospect of being implemented. That it earned a headline or two and a moment on television for Mr Hide was probably its real purpose.

He said Act would use any leverage it had in post-election coalition negotiations to reverse National's new position. Mr Hide's problem, and that of Act, is it has little leverage now and will likely have less after November.

The Act party is in a dire state of support and its policies appeal to a small minority of voters: even when measured by public opinion polling, Act can hardly claim to be effective. It might be more effective, and therefore appeal to less-extremist voters, if its leader was more specific.

For example, Mr Hide could have made a reasoned case for liberating our finite natural resources had he chosen to be less rhetorical. Some 85% of the countryside is not protected by the relevant legislation and a good deal of it has mining potential.

Had Mr Hide suggested specific cost-benefit analyses of potential site by potential site, he might well have triggered a broader public consideration of mineral exploitation, particularly if he had been able to show what the effects might be on our other significant established industries, including tourism.

Instead, he chose to blame requirements designed to protect the environment as a chief reason why many mining projects did not proceed, implying along the way that the Pike River disaster would not have occurred had there not been "absurdly restrictive rules regarding environmental impacts on conservation land, so that options such as open-cast mining are taken off the table". No doubt the royal commission of inquiry will examine this suggestion.

More pertinent is the approach proposed by Solid Energy which, in showing interest in exploiting the hard coal resource at Pike River, has made public how it would approach extraction, explaining the severe technical challenges involved.

Of relevance is the comment by the company's chief executive that the resource has been the subject of unrealistic expectations for too long.

He further noted "New Zealand is one of the most geologically, geographically and environmentally challenging environments in the world". Nor was the geology of the Pike River resource understood to anywhere near the level required.

These specific assertions need to be placed beside irresponsible claims made by politicians such as Mr Hide if the general public is ever to have a serious discussion about how the country should go about the means of economic growth.

What is rarely, if ever, discussed in a rational way by our political leaders is the intellectual quality - or lack of it - of those we elect to govern, an issue (as we have noted before) raised whenever they argue the case for higher salaries. Perhaps it is this failure which is the root cause of the continuing lack of improvement in the economy.