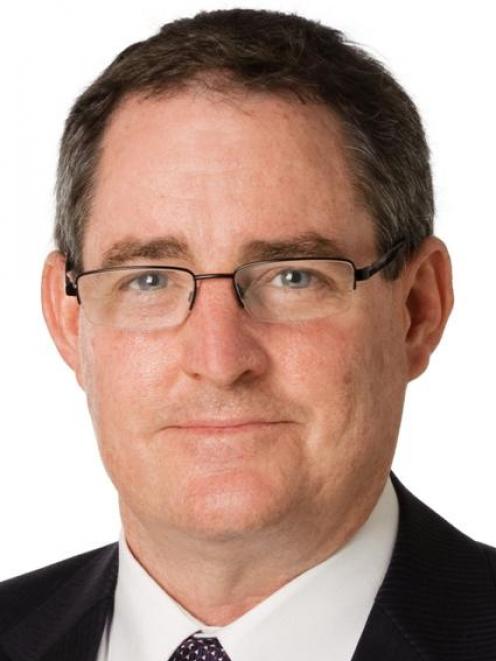 Mick Wilkes.
A warning shot was fired across the Government's bows yesterday by Oceana Gold, the country's largest gold producer, over proposals to impose increased tax and royalty payments on the sector.

Royalty payments are an increasingly sensitive issue to miners, with unconfirmed speculation already rife that the Government may be considering royalty payment increases in a watered down version (being only for new mining tenements and not existing operations).

It also appears the more highly profitable oil and gas sector, and its massive annual trade receipts, will not be hit by increases as might the miners, the latter already staggering under increased production costs despite high commodity prices on some minerals.

Oceana chief executive Mick Wilkes echoed a theme resonating with many delegates attending the annual meeting of the New Zealand branch of the Australasian Institute of Mining and Metallurgy in Rotorua yesterday.

Just because gold prices had risen, the Government should not be looking to increase taxes and royalty payments.

In his first address to the annual conference, Minister of Energy and Resources Phil Heatley gave robust assurances the Government wanted to retain domestic resource operators, and encourage offshore companies to come to New Zealand.

"We want there to be certainty for the sector. Investors must have a measurable risk without there being outstanding legislation and regulations," he said.

"We'll sit on our [exploration] money until this is sorted out," he said of the tax and royalty issues.

In question time, Mr Wilkes rounded on Mr Heatley, pointing out that while gold may have doubled in price, to about $US1600 ($NZ1982) after a near-$US2000 high last year, Oceana's production costs had risen 200% during the past four years.

Gold coming out of Macraes in East Otago four years ago cost $US480 to produce per ounce, but at last quarter was at $US950.

During the question time, the more than 250 delegates heard Mr Wilkes say that if Oceana "can't afford the increases, we will chuck it [in]" at Macraes.

"No. Absolutely not. We've been here 21 years and are here for the long term. But costs mean we are constantly looking at forecasts and budgets," he said.

He noted that Oceana only had a two-year remaining mine life about two years ago, but that the subsequent rising price of gold had since pushed out mine life to 2020.

Reporter Simon Hartley is hosted at the conference by AusIMM.