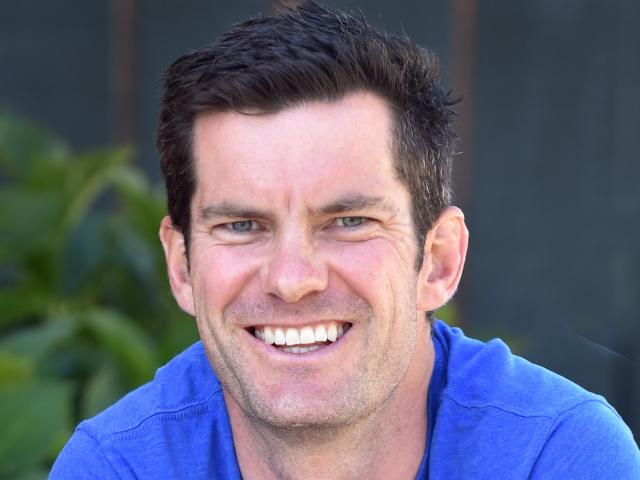 Greg Henderson
Because it is so long since cyclist Greg Henderson lived in Dunedin it is easy to forget what an elite sportsman he has been. Henderson, who turns 41 next month, retired recently from a stellar 15-year professional career, cycling in different parts of the world.

The list of achievements in a fiercely competitive sporting arena are outstanding. The man who grew up in the city, went to Otago Boys' High School and then graduated with a bachelor of physical education degree from the University of Otago, began on BMX bikes from age 5 and was competing soon after.

He was not just making his name in cycling around Dunedin. More than 20 years ago, in 1996, he won the national time-trial championships, the first of many national titles.

The achievements kept coming. He represented New Zealand at the Olympic Games five times and at the 2004 Summer Olympics finished fourth in the points race and seventh in the madison. He has four Commonwealth medals, including one gold.

In 2003 he was second in the madison at the world cycling championships, and the following year in Melbourne won the 15km scratch event, the first New Zealand male to win a world track cycling title.

This victory ranked No 11 in the Otago Daily Times 150 greatest moments in Otago sport, published in 2011. Number 56 was at the Kuala Lumpur Commonwealth Games in 1998. Days after his 22nd birthday, he won the bronze in the 40km points race and Glen Thomson won gold.

This represented the first time two Otago competitors had finished in the top three in the same event at a Commonwealth or Olympic Games.

Henderson's primary focus shifted to road racing, where he became part of leading outfit Team Sky and then Lotto-Soudal from 2012. Latterly, he has been with American professional team UnitedHealthcare.

Tough, uncompromising and fiercely competitive - even by the ruthless standards of top cycling - his partnership with German Andre Greipel proved formidable. As leadout man, he combined with Greipel for about 100 wins over the past five years. Henderson's role was to burst through the peloton, dragging Greipel with him in preparation for Greipel's sprint for the stage finish.

Henderson made it to a coveted spot in the Tour de France and competed there five times as Greipel's team-mate.

He is now based in Boulder, Colorado, with his wife, Australian professional cyclist Katie Mactier, and two children.

He has already embarked on a coaching career and has had a role helping prepare the Malaysian track team for the 2020 Olympics. He is negotiating for a role with the United States track team and has not ruled out a return to New Zealand at some stage.

He has said he has always been interested in exercise physiology and reads many new studies and quizzes sports scientists on his teams.

''My interest stemmed from my time doing a sport degree in my home town of Dunedin. But the real passion was sparked when I used simple ideas into my training efforts and would see huge gains.''

Henderson has one last commitment, to the Tour of Southland in October, taking the chance to farewell his supporters in Dunedin and in the South.

''I want my last governed race, so to speak, to be where I grew up, basically.''