Finding laces a bit of a scrabble 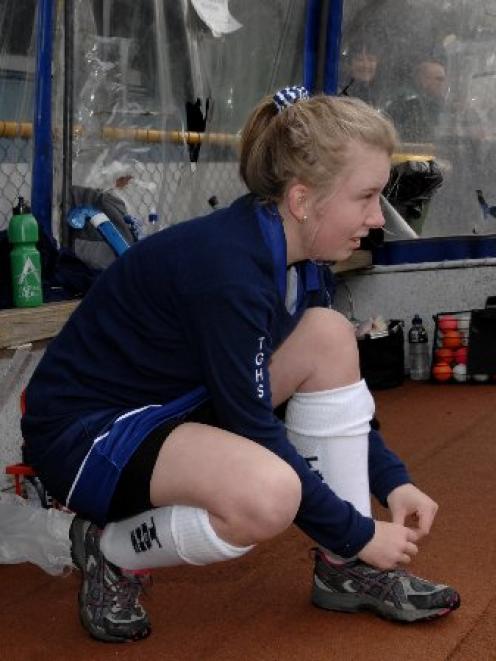 Photo by Linda Robertson.
Shoelaces. I doubt if I have spent more than half a dozen inner-city coffee chats in the past 40 years without this topic rising to the cup's surface like an undrunken marshmallow.

Sowpods is the word list used in English-language tournament Scrabble in most countries except, perhaps strangely, and then again not strangely at all when you look at American spelling on Spellcheck, the United States. More than 260,000 words live in this condoned list. The term Sowpods is an anagram of the two acronyms OSPD and OSW, these being the original two official dictionaries used in various parts of the world at the time. The warring factions claiming their own list to be the one fought like wild dogs until Sowpods found mutual acceptance in the early 2000s. Interestingly, America does not recognise offensive words in Scrabble, even though I use them almost exclusively myself, and I have often played with Americans.

I also think, call me old-fashioned, it would be bordering on the cruel to just race away from the topic of Scrabble to get back to shoelaces without mentioning a few empirical facts about this ironic game - ironic through involving itself with words and yet happily squatting beneath a title word only a Russian peasant would use, a word no more creative than piddle or woggle. Indeed, seeing as we are speaking of Russian peasants, it would be bordering on the most cruel of all not to mention at this point that the largest-scoring word in Scrabble is muzjiks, 128 points. What are muzjiks? Yes, you guessed it, Russian peasants.

Of even more interest, though heaven only knows how they found this out, there are more than a million Scrabble tiles missing somewhere in the world right at this moment, and 30,000 new Scrabble games are begun every hour, a remarkable figure when you realise Scrabble cannot be played in Chinese.

But shoelaces, are they really impossible to buy in Dunedin? I remember well when running Records Records in Stuart St, I would walk up to the next block beside the Dainty Dairy, aaahhhh, the Dainty Dairy, what memories - why wasn't this iconic little building that served acne to a million schoolchildren from the five schools just above restored and placed in Toitu? Next to the dairy was a cobbler - I far prefer cobbler to shoemaker or shoe-repairer, cobbler is a word like Scrabble, when you get right down to it. He is still there, or the display of shoelaces I remember to the right of the small counter is still there. A small item, he says, but still selling.

I ring the Mornington mall cobbler. We have a few, he says, why don't I come and look.

But at AJs While-U-Wait, opposite Knox Church, the anonymous tip I have scrabblised as ''Rodney Bryant'' was finally vindicated. Shoelaces, it seems, are like a fork to the eye of a modern cobbler. So many different lengths and sizes and thicknesses, people take so long to find and decide, 20 minutes just to buy one pair sometimes, it simply makes no sense to the hard-working artisan, who spends half his day beating off customers who wonder why their shoes haven't been done. Because the cobbler has been tied up metaphorically by shoelace hunters, that's why. Takes up so much time, as we are doing right now, says AJs While-U-Wait. I apologise, thank him profusely and press End Call. Shoelaces! It's no surprise we talk about them all the time.