Dunedin City Council critic Calvin Oaten says there is a third uncanvassed option for the future of Forsyth Barr Stadium.

The much touted Forsyth Barr Stadium review is out. So what does it entail?

Among all the detail it seems to distil to the fact that the stadium is in trouble and by extension, the council and naturally the citizens, are likewise.

It seems unnecessary here to reiterate and recover all the ground which has been canvassed ad nauseum over the history of the stadium.

Suffice to say that the report as presented to council is distilled down to two options.

One is to continue to operate the stadium and the other - to close and demolish the stadium - was really only considered to, as Mayor Dave Cull has said, placate the ''lunatic fringe''.

Now, as one of those described lunatics, while I can't speak for the many others, I do not advocate demolition.

Yes, but with qualifications, the reasons for which I claim have not been considered in this report.

That report goes to great length to demonstrate the financial implications of closure (with or without demolition) as opposed to the recommended continuing option, with lengthy tables, budgets and financial exercises.

My problem with all of this is that these figures are all based on no empirical revenue (income) facts.

Without these, all projections of costs and expenditures can only be opinion, conjecture and ''guesstimates''.

In effect, the report itself is just that, and for council to deliberate on the recommendations is a futile exercise.

It would be a relatively simple exercise to arrive at a reasonably secure revenue figure had they only asked a few questions.

Going back to 2004, when the stadium was first mooted, it became obvious it was a venue, designed, developed and executed, primarily for the game of rugby, both codes.

And history has proven that to be true. Other uses there are, but of a more spontaneous, varied type, not predictable.

Other activities would simply be on top.

Without completing that side of the equation, the whole matter of the report seems to beg the question; where to now, and who pays?

Would all the ''real lunatics'' please stand up? 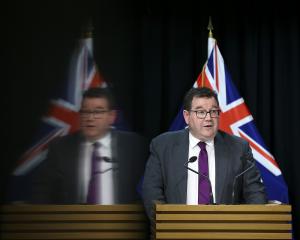