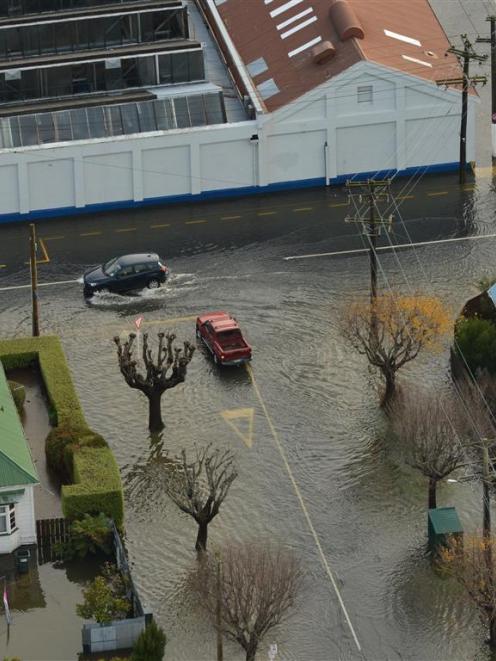 I have been following with interest the letters and articles published regarding the flooding of South Dunedin last year.

My thoughts and sympathies have been with the affected residents since that disastrous event, as I do not believe the Dunedin City Council responded adequately to the situation at the time or subsequently.

The council appears to have been sidetracked by the long-term suggestions of sea levels rising and inundation of the whole area, but has lost sight of the fact there is an immediate flood problem that requires urgent solutions to protect the vulnerable rate-paying residents in that area right now.

I do not believe tide levels have yet changed sufficiently to have had any noticeable effect, and the rainfall records do not show this was an exceptional event.

The blocking of the pumping station screens should not have happened and demonstrates bad management and poor maintenance.

In any case, it is the responsibility of the DCC to address.

If the mud-tanks were a major problem it should have been identified within a few days after the water levels receded.

It should be noted it is a design function of mud-tanks to block and overflow if an excess of sediment accumulates and becomes trapped in their chamber.

My thinking is that the levels of heavy sediment in this flood would not be sufficient to cause a lot of blockages and many of the mud-tanks would still be operational.

However, mud-tanks can also overflow if the stormwater pipelines are overloaded, which was likely in this instance and could have contributed to the flooding.

Any water basin will overflow if the discharge pipes cannot cope with the water volume being introduced.

We have been assured by the DCC the pipes were clear, but in this flood some of the manhole tops were being blown off by the pressure of the water, which is a clear indication these pipes could not take the flow.

An audit on the design of the pipeline system is needed to identify the sections which require to be upgraded and these works should be urgently actioned.

It should be remembered that the Portobello Rd pumping station was constructed more than 50 years ago and some of the pipelines are much older than that.

The system has served us well, but there have been changes that will have had some effect on the stormwater run-offs in the area.

Two that come to mind are the development of what was empty reclaimed land between Timaru St and the harbour, and the other is the new four-lane motorway through Caversham and over Lookout Point.

I have a couple of suggestions which may help reduce the flood risk to the South Dunedin area.

The first involves lowering the surface level of Bathgate Park and Tonga Park by about 300mm, which will create a ponding volume of some 15,000cu m before the streets start to flood.

Construct an extensive subsoil drainage system some 400mm below these areas and drain to collector sumps.

Drain these sumps through a dual pipeline of about 350mm diameter each and laid at minimum fall via Macandrew Rd/Midland St to aim at discharge into the harbour at half-tide level.

These pipes should have backflow gates at each end, but will give gravity flow for half the tide period at all times, and should do much to lower the groundwater level in the area.

Also install at the sump end a pump for each of these pipelines designed to activate whenever the water level becomes higher than the subsoil drains.

This will provide extra pumping capacity to supplement the existing system.

It would also improve the quality of the playing fields.

The second concept is to construct a new gravity stormwater pipeline from Caversham to the harbour; the route being on the side of the railway embankment and then along Strathallan St.

This could intercept the higher-level discharges from Corstorphine, Lookout Point, Caversham Hill and the Southern Motorway areas, and thus reduce the volume which goes though the South Dunedin system.

●Bill Arthur now lives in Cromwell, but spent much of his working life in Dunedin.