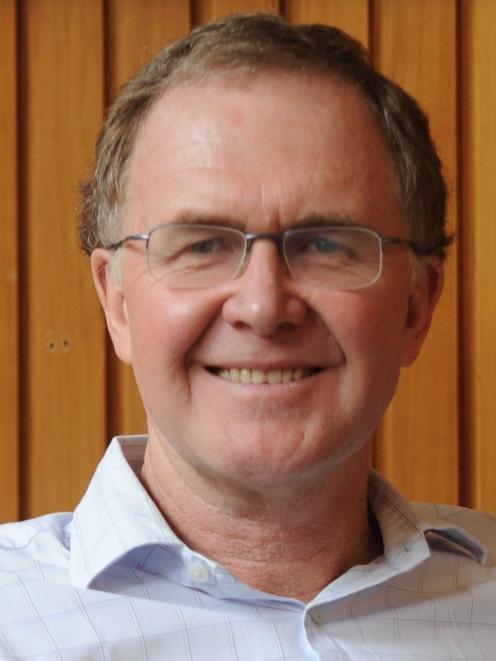 As New Zealand's "health watchdog", the HDC acts as an independent health ombudsman and is the primary means for dealing with complaints about the quality of health and disability services in New Zealand.

After 10 years in the role, in which the HDC became widely respected not only within the health and disability sector but by the wider public, Ron Paterson stepped down as commissioner on March 31, 2010.

Anthony Hill, a lawyer who had spent the previous 15 years working at the Ministry of Health in various roles, including the last six years as a deputy director-general of health, was appointed as the new commissioner following a selection process and began his term in July 2010.

As with any quasi-judicial office, impartiality and independence is essential for the HDC. The commissioner must be seen to be independent of the interests of provider and consumer groups. The process for appointing the commissioner should, therefore, be uncontaminated by even a perception of bias.

It is therefore concerning that the interview panel that was convened in the selection of the current commissioner clearly had a perception of bias with the inclusion of health provider representatives.

The panel comprised the director-general of health, and three others nominated by Minister of Health Tony Ryall - Pat Seymour, a lay member of the Nursing Council of New Zealand who has previously been involved as a member of hospital and health boards, and who sits on the National Party's board of directors; Pamela Jefferies, the former chief commissioner of the Human Rights Commission and a former member of Wairarapa DHB; Des Gorman, a doctor, of Health Workforce New Zealand and, at the time, head of the University of Auckland's School of Medicine (Prof Gorman was also, at the time, a member of the Medical Protection Society [MPS] New Zealand Advisory Panel, a position that was declared).

Of particular concern is Prof Gorman's involvement given his position on the MPS New Zealand panel at the time. The primary aim of the MPS is to protect and safeguard the professional reputations of individual members and the professions to which they belong, by assisting doctors with specific problems that arise from their clinical practice and lobbying for doctors' interests in the regulatory environment. In the New Zealand context, this includes doctors who have a complaint to the HDC against them.

While the MPS is a United Kingdom-based mutual society, with its head office and council, which provides ultimate governance, based in the UK, the New Zealand panel advises the MPS on matters relating to its business in New Zealand.

As Prof Alan Merry stated in a piece for the MPS Casebook journal in 2009: "Given our unique medicolegal environment, this local input is very important, and the panel's advice is given great weight."

Consequently, it is very difficult to see how any member of the MPS New Zealand panel can properly sit as a member of a selection panel advising the Minister of Health on the suitability for appointment of an individual as the HDC.

This was further exacerbated by comments from the MPS reported in New Zealand Doctor on September 8, 2010: "The Medical Protection Society is looking forward to a better relationship with the health and disability commissioner following the appointment of Anthony Hill to the role."

While there have been no suggestions that Mr Hill does not meet the required statutory qualifications for the HDC, disquiet has been expressed by some in the sector about the decision to appoint someone who has been a Ministry of Health official for the past 15 years.

Mr Hill has now been in office for over a year and concerns are starting to be raised about his capability. One notable aspect of Mr Hill's tenure as commissioner to date has been a very low profile of his work in the media.

Given the important education role the office has, one of the commissioner's statutory functions is "to make public statements and publish reports". So far this year, 12 reports have been published on the HDC's website, which have received little attention in the media. In contrast, Mr Paterson, as commissioner, published an average of 50 reports a year between 2005-09, which were often accompanied with much publicity.

Given that a great deal of the success of the office has been related to the use of the media in the past, it will be interesting to see if this changes over the course of Mr Hill's term in office.

In light of the above, however, one must wonder if New Zealand's "health watchdog" no longer has a bark, or worse, is now the lap dog of the medical profession.

Given its statutory purpose of facilitating "the fair, simple, speedy, and efficient resolution of complaints", the HDC has long focused on low-level resolution. However, the concern is that access to investigations has become too restricted.

In New Zealand's unique legal environment, an HDC investigation is the only opportunity consumers have when things go wrong to have an official and independent finding of accountability in relation to the matter.

An HDC investigation resulting in a "breach" finding is also a prerequisite for proceedings before the Human Rights Review Tribunal. There should, therefore, arguably be more, not less, access to HDC investigations.

The National Government also has several initiatives to "control costs" at ACC. While treatment injury cover has so far escaped changes, it looks vulnerable due to high expenditure, being described as "a problem area" by ACC Minister Nick Smith in 2009.

All of this raises concerns about health and disability consumers' future access to independent justice after an adverse event in their care.

Stuart McLennan worked as a complaints assessor at the HDC from March 2008 to December 2009. He is working at the University of Basel's Institute for Biomedical Ethics in Switzerland.