Jim Flynn, you are not alone 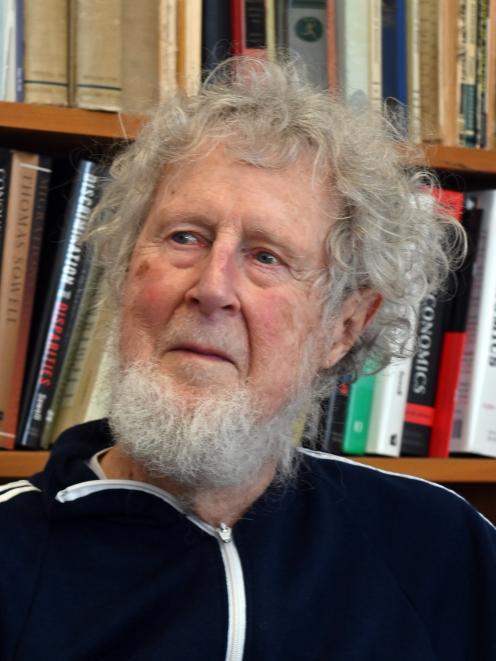 University of Otago Emeritus Prof Jim Flynn recently had his book rejected by a publisher. Photo: ODT files
Is there a price to pay for freedom of speech, asks Steve Munro.

It seems increasingly challenging, if not dangerous, to hold a view that counters the dominant discourse of the day.

Holding a contrary view is hard enough, but, in academia, publishing your view, should you find a willing publisher, may be at your peril.

University of Otago Emeritus Prof Jim Flynn recently had his book, In Defence of Free Speech: the University of Censor, rejected by UK Emerald Press.

No stranger to controversy, Prof Flynn is possibly not too concerned with this rejection. He certainly didn't lose his job over it.

However, this is not the case of Prof Peter Ridd, until recently professor of physics at James Cook University (JCU) in Townsville, Australia. Prof Ridd was dismissed from his academic position by the university for having a paper published on the health of Australia's Great Barrier Reef, which appeared in Climate Change The Facts 2017, published by Connor Court Publishing Pty Ltd.

His paper, entitled "The extraordinary resilience of great barrier reef corals, and problems with policy science", contradicted the work of his JCU colleagues, which led to his dismissal.

Prof Ridd successfully challenged the university's actions through the courts (his legal fees were crowd-funded) and was awarded substantial damages for wrongful dismissal. Unfortunately for Prof Ridd, JCU has now appealed the decision.

Much of the attention of Prof Ridd's case surrounds the notion of freedom of speech, intellectual freedom and about silencing persons with controversial or unpopular views.

And there is probably nothing more unpopular these days than to challenge the view that anthropogenic global warming (AGW) - more generally known as climate change - is creating irreparable damage to ecosystems all over the globe.

A theme in Prof Flynn's rejected book is that many academics, particularly in the United States, did not feel free to speak their own minds due to "a party line" position. It begs the question of how many "party-liners" are sitting in universities around the world who do not support their respective departmental "dogmatic positions" and who are fearful of diminishing employment prospects should they speak out.

The fallout of taking a contrary position is quite pointedly demonstrated in Prof Ridd's case where the court judge, "agreed that Ridd was `damaged goods' and [the court case] had poisoned the well for Ridd's future employment prospects", (The Guardian, September 6).

Prof Ridd is not alone with his views on AGW and is also clearly not alone in trying to preserve the right for freedom of speech.

Critical debate and freedom of speech of any subject would have been fundamental to the role of universities in generations past but, sadly, this appears not to be the case now.

Maybe Prof Ridd and other silenced academics are right when they consider the human contribution to climate change to be negligible but they are dismissed by the prevailing "party line" of their universities, the media and politicians.

Prof Ridd challenged the party line, found a publisher and consequently was dismissed from his James Cook University position. Clearly there is a price to pay to speak out.

It is dangerous to be right in matters on which the established authorities are wrong - Voltaire.

-  Steve Munro is from Dunedin.

Fact, or truth, is filtered through ideology.
However evidential, science has become a matter of partisan opinion.

Babylonbee has a great article, by Kim Jong Un, on how free speech is killing us.

He would say that.