In search of a replacement for a little bedside radio 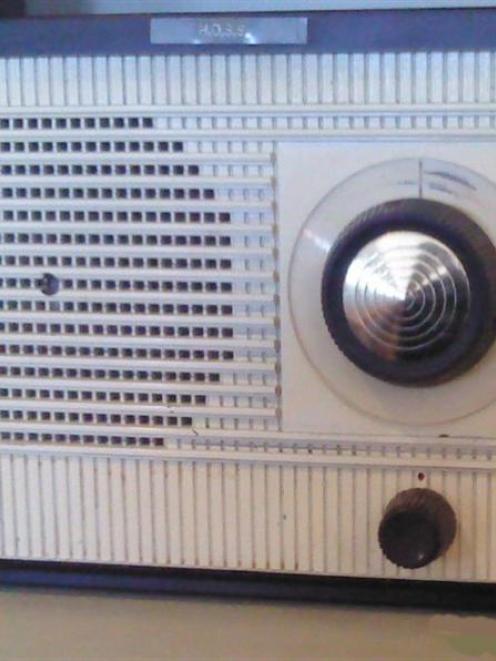 A little Philips radio covered the nightbeat. Photo supplied.
Most rational thinkers believe material possessions accrued in youth shape the rest of your life. Mine was a small Philips bedside radio.

I have been combing the shelves of second-hand stores for a long time hoping to buy one of these same radios. No luck. Imagine then my yelping surprise when I found one two weekends ago at the Muddy Creek Cafe in Omakau, where we paused briefly on the way to flushing some disposable income down the electronic money holes of Queenstown.

My people had told me the Muddy Creek Cafe was the home of the deepest pies ever constructed, but I ate cheese rolls because they were only $2, and we needed all our cash for Queenstown. When I sat down, I was confronted by an entire wall display of old radios, many from my growing-up days. And there on the second bottom row, second from the right, was that same Philips bedside radio. In beautiful condition.

But I deny analism with an angry shout. I just liked laboriously colouring in bedside radios. That same unkind person, let's just call her my wife, might then point out that one time when she went home to Christchurch in the holidays and I painted our fridge brown with some old non-gloss paint I found in the basement. She would implausibly argue that such idiot savant behaviour could only come from someone who thought colouring in a bedside radio was a good thing.

I discovered music on this radio. I had no record player and no records, and the first rock'n'roll music I heard came out of the Philips like the hoodoo voodoo of the Indian snake-charmer. A glorious and evil sound so illicit I had to slide the radio from the window sill to beneath the blankets. From that came a life of collecting records, writing about music and running a record store for 35 years.

Where were you when you first heard such-and-such is a common question flung at ageing music lovers. So many crucial songs in my life were first heard on that bedside radio. Often when I was nodding off, something totally new and outrageous would come bounding out of the darkness and make my eyes and ears bulge.

When Neil Collins played The Byrds' Mr Tambourine Man on his 10 o'clock 4XD show for the first time, it introduced a sound I have never tired of - harmonies and jangling guitars. The next day at school, class-mate Ian Fraser, who became quite famous later on, asked me if I had heard it. "It was fantastic," said Ian, "you couldn't hear the words!" Nearly two decades later my revered Dunedin Sound bands swamped their singers in guitars, and you couldn't hear the words then either.

I'm not sure at what age I discovered comedy, but I do know it came from the radio, not from books, The Goon Show, Hancock's Half Hour and The Navy Lark most of all. I cried at this stuff. And for naked thrills there was Nightbeat with Randy Stone, which introduced me to journalism. When crime reporter Randy was done he would call out, "Copy Boy!", and his story would be taken away.

When I later worked at The Evening Star, I would hear, "Copy, Roy?", from an angry sub-editor standing over my desk because my story still wasn't ready. I was no Randy Stone.

All the crucial things from my life, well, except table tennis and diabetes, began on that little Philips bedside radio. Look at the photo. If you see one for sale, please let me know.