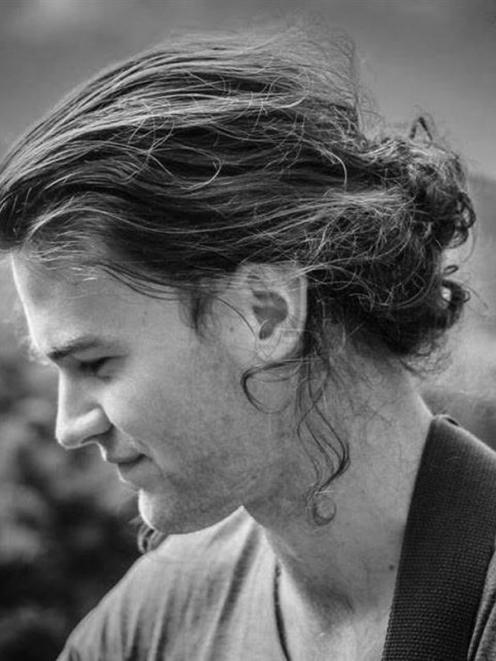 Ciaran McMeeken
You can tell a music city by the strength of its busking. Memphis has a street music culture so strong you feel as if you should be eating alligator while you watch.

Nasty, dangerous R&B music. Compelling. Nashville musicians and writers without a deal, most of them, play all day and all night for money thrown into their hats. Some of them have been there for decades, still believing they can make it.

And so many of them are really good. It seems to me busking in Dunedin has improved noticeably in recent years.

And I'm not talking about The Clapper, who performs daily between St Andrews and Hanover Sts in a melodic world all of his own.

Though I will tell you this, his version of Georgy Girl, or at least the one I heard in mid-December, is as fetching as a Carlson dress. I nodded warmly when he finished.

No, in a thriving Dunedin busking world populated by everyone from 7-year-old violinists to Harry The Stacker, I can still be ripped out of my lost-in-thought walking reverie by someone truly special.

Two days before Christmas in Albion Way was such a time. Ciaran McMeeken. I had been told about Ciaran before by one of his teachers at Otago Boys' High School, a woman who claimed once in this column she didn't know anything about anything.

Naturally, I instantly committed her tip to the forgetfulness wheelie bin. I did not get to where I am today listening to people who don't know anything about anything.

Ciaran McMeeken has a voice you bang over tables to get to, writes beautifully, and plays with the ease and skill with which I devour an entire pavlova.

He looks overseas rock star and is really good at cricket. And he's a busker.

I gave Ciaran all my coins after listening to five to six songs and told him he was amazing. His reply was beyond modesty.

He told me his album was coming out on Boxing Day, perhaps his first taste of the music industry to come where everything is delayed and men in crazy suits are as daft as gum-diggers' dogs.

What a Christmas present this album would have been!All of which set me to thinking about music cities.

Clearly, Dunedin is now one of these things. Since The Enemy set up the skittles at the end of the 1970s and the Dunedin Sound bands then knocked them down over and over from 1981 on, Dunedin has led the country for rock music creativity, its bands and their writers hailed all over the world.

The Tally Ho! concert in the Town Hall on February 28, where the Dunedin Sound songs will be sung by a raft of singers in front of the Southern Sinfonia - could there be anything more appetising than Shayne Carter singing She Speeds with opera soprano Anna Leese? - underlines what has been achieved over the past four decades.

It seems this show might travel, too, though maybe I'm not allowed to talk about that yet. So I won't.

Then, just for starters, you throw in the country's first university rock music degree, and the sustained excellence of the classical singing teachers in Dunedin who have sent Anna Leese and Jonathan Lemalu off to international fame and lit up the Lexus Song Quest year after year, and suddenly, yes, Dunedin is quite possibly the music city in this country.

Does any other city even come close?

The quartet who pile-drove Dunedin to Unesco Literary City status - Bernie Hawke, Annie Villiers, Noel Waite and Liz Knowles - should perhaps be given a big wad of money and asked to achieve Unesco Music City status for Dunedin as well.

But more likely we should just appropriate the title, like Gore appropriated the title of New Zealand's Country Music Capital from their annual Gold Guitars Festival. Gore's buskers, in Queens Birthday Week, are pretty damn good, too.