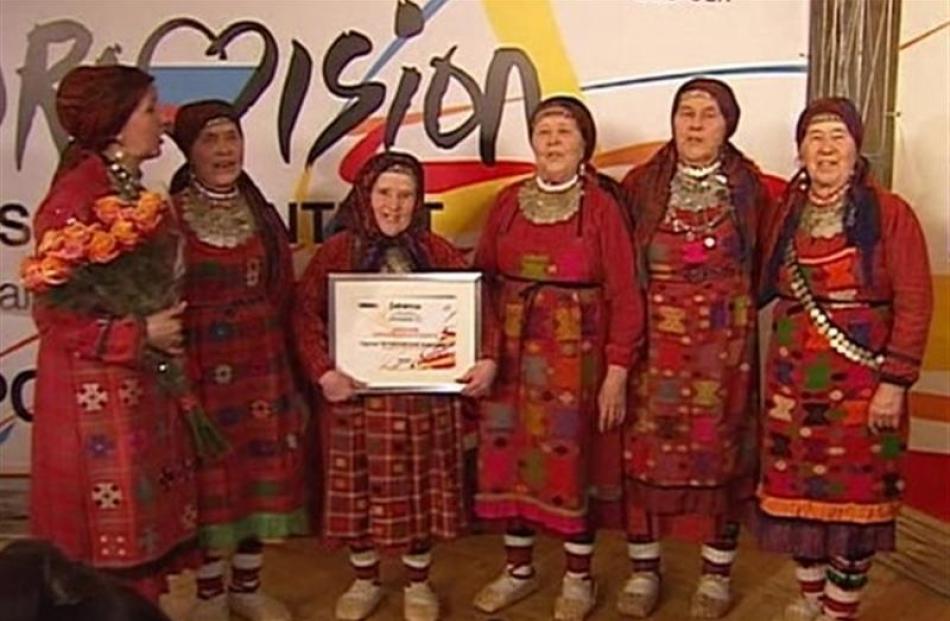 Michael Caine says at his age, Christmas seems to come around every six weeks. I wish it would. Then I could sit on Santa's knee at the thankfully restored Pixietown in the Settlers Museum and ask to be flown to Baku on May 22.

I have only fuzz-muzzy ideas of where Baku might be, but I do know it is in one of those new digital countries that end in -stan, therefore almost certainly not in the Southern Pacific Basin.

Baku will host this year's Eurovision Song Contest, starting in eight weeks, time for Christmas to come and visas and malaria shots to be gotten.

I have to be there in person, because New Zealand is the only country in the world that does not televise this event, the most-watched television show on the planet. Why is this?

What manner of madness led to live coverage of Eurovision not being part of every political party's manifesto at the last election?

Fortunately, YouTube has all the finalists, complete with pundit predictions pouring from its site. Nobody agrees with anybody and everybody is shouting in capital letters.

Look no further than this year's Russian entry, an early favourite. Why?

Buranovskiye Babushki are six grandmothers, dressed by a blind person, their faces hewn from Oamaru stone, who sing like six drunken Welsh rugby supporters after a lost World Cup Final. That the grandmothers come from the village of Buranovo in the Udmurt Republic should perhaps be mentioned to give them a credible descendental hue, they are not CGI, but adherents to intellectual property will not ignore the fact their song is stolen straight from The House Of The Rising Sun before table-thumping and handclapping back into the oompah brain-worm pop so endemic to this contest.

The woman from the Netherlands, perhaps anticipating that country's soon-to-be-tightened recreational drug retailing laws, has dressed herself in a psychedelic mish of Cher mash, circa Half Breed, Indian head-dress and milkmaid skirt both.

Brave! And Montenegro! This one is astonishing. A YouTube commenter thought the singer sounded like Rambo. I only noticed two things: that he talked not sang, and also that he rhymed eclectic, aesthetic, dialectic, poetic, cosmetic, hermetic, sceptic and pathetic in the VERY FIRST LINE! I have been listening to pop songs since birth. Nobody has ever done this before.

Dj4002 summed up the thoughts of many when he/she/it (I am sure robots have been programmed to vote, the numbers are colossal) said it was so strange they didn't like it but couldn't stop watching.

The Wikipedia definition of a Eurovision song contest finalist, Denmark must have a real chance with Should Have Known Better by Soluna Somay.

The title is nearly a Beatles title, and the drummer has two fat metal legs which are so strange. I don't like them but can't stop watching.

Somebody found Engelbert Humperdinck in a rest-home, revived him with amyl nitrate and gave him the United Kingdom entry. Still velvety after all these years.

Italy, however, nominally a major nation, has a song that sounds like someone crashing around in rubbish bins.

These YouTube experts can be very cruel. Sofi Marinova from Bulgaria is pretty and has a four-octave range like Roy Orbison and, probably, Anna Leese, but pundit Spanishruler thought she should join the Israeli Circus because she sucked. And these armchair judges can be impatient too.

Mehmetsaygil54 watched the winner from Turkey and wrote, what the ... is this, let's get back to Rammstein.

Rammstein, in fact, is never got back to in the Eurovision Song Contest.

Pokusaj by Laka, the entry from Bosnia-Herzegovina in 2008, remains the pinnacle of recent Eurovision. It finished tenth, but had everything - incomprehensible words, washing on a washing line, pretty women with wild eyes and wild hair, early Split Enz makeup, running backwards and forwards across the stage and, thank the Lord, a great tune. It's still on YouTube, check it out.