Where is the future of music? 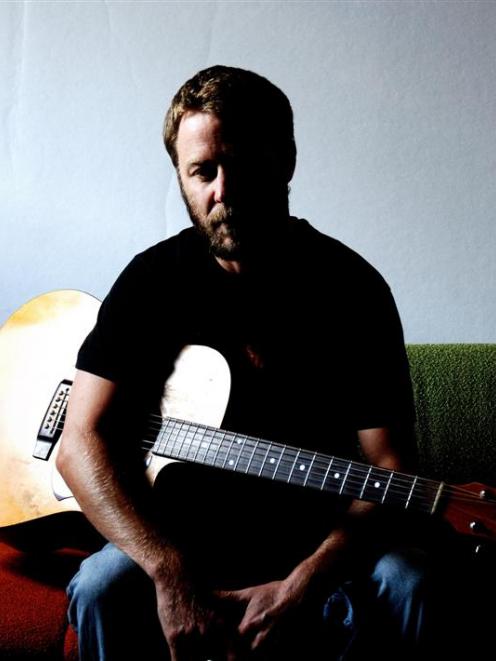 They strike me all the time, often twice in one day.

This is probably because there is so little inside my brain that even acknowledging there is a sun in the sky counts as an epiphany.

But this particular epiphany, which just about put me in a coma, was special.

It was about the future of music, and it occurred in a straw bale house in Oturehua three weeks ago.

Where is music going?

I am even asked this by small children who can only communicate through sign language and squirrel screams.

It's certainly hard to answer that question.

The massive decline in music sales has sent senile old men and women back on the road to play stadium concerts, whose seat prices are now hundreds of dollars. 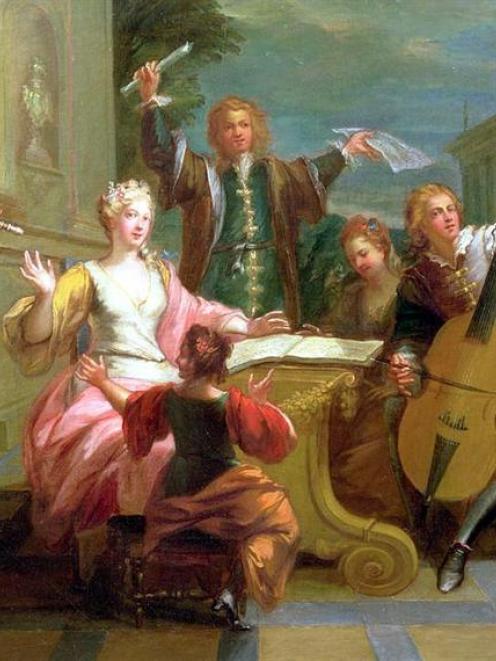 So did the musIcians in The Concert or Soiree, by 18th-century French painter Etienne Jeaurat.
I loved stadium concerts when I was young and silly with a head so full of weird herbs I had no idea where I was.

Led Zeppelin at Western Springs in 1973 remains the finest musical three hours I have ever experienced.

But two concerts at the Dunedin Stadium, Elton John, cold as ice, awful sound, and Paul Simon, people all around me jabbering and gasping at cellphone images, no screens, was Paul even up there, have forced me to never return.

How can a man who sang Handbags And Gladrags sing Do Ya Think I'm Sexy?

Is there a worse song in the history of popular entertainment than this?

Ten days ago, I attended a primary school disco.

Thought it would be neat to see the grandchildren jiving on the dance floor, their first disco together.

So I walk in there and everything is black.

Only one song is playing, I think the man said it was called Blame It On The Beat It Boogie Dancing Queen.

The daughter found me a chair to sit on.

I needed a big hunting torch.

But then again, everyone would wonder who the old guy on the chair with a big hunting torch was.

How were they to know I have no night vision?

And if our teachers are training tomorrow's leaders, why are they playing them disco music in darkness?

Are glow-worm cave guides paid well? Can one forge a career as a troglodyte?

I used to live in bars watching the Dunedin Sounders.

But now I can't hear a word when anyone speaks to me.

There is one minute between songs during which I have to begin and end a topic intelligently.

I just nod affirmatively at whatever they say.

You don't need to have a very imaginative mind to think what sort of question shouted into the ear and replied to with an affirmative nod could get a man into trouble.

Which leaves small, warm and cuddly straw bale houses in Oturehua, which is where and when the epiphany came three weeks ago.

Matt Langley, singing, as well as his own excellent songs, some lyrics penned by local poet Brian Turner.

And everybody listened to every word.

In bars you talk because you are planning the night's Next Move.

In a house concert, this IS The Next Move.

This is the future of music.

The artist can even sell merch afterwards.

This is what travelling tunesmiths did centuries ago, before there was electricity, Cameo Creme biscuits and disco.

Higher up the social scale, rich people dressed up and tapped their hands lightly at piano and song soirees, similar numbers, similar everybody listening.

And some pretty good music was written back then to assuage these tiny little gatherings.

Bono has his ear to the ground, he can spot a trend at 500 paces.

In 10 years' time, he will be singing U2 songs with a lute in a straw bale house near you.