Back on the trail 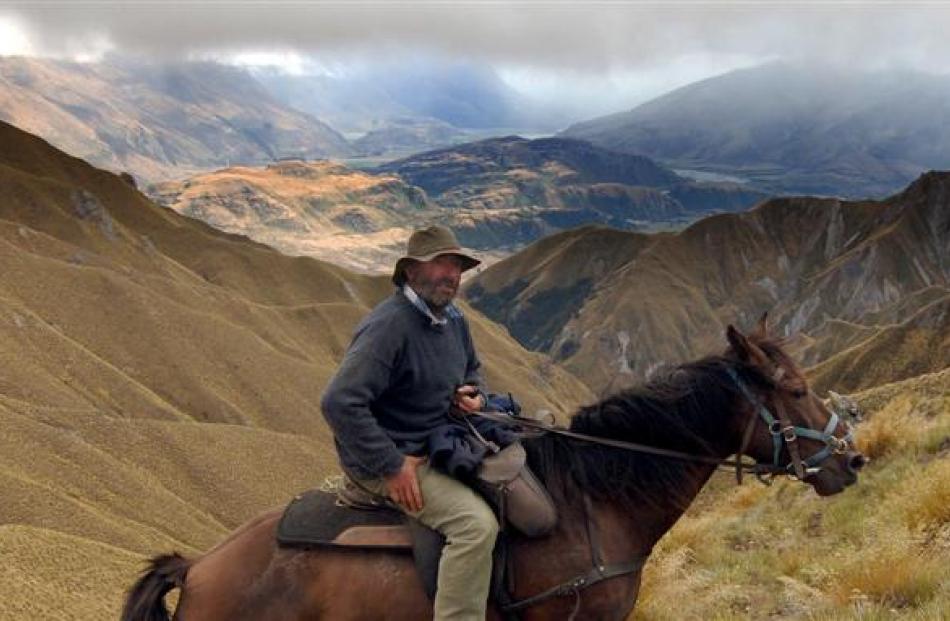 Jim Hore rests his horse near the top of Mt Alpha after a challenging climb from Glendhu Bay on the Hunter Valley trail in 2007. Photos by Stephen Jaquiery. 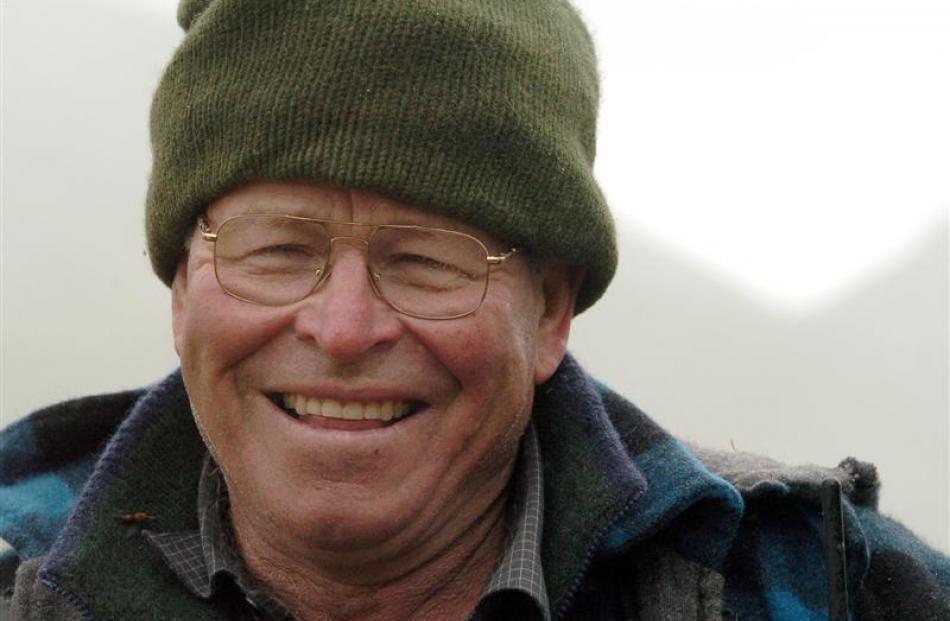 Former Goldfields Cavalcade trail bosses David McAtamney and Jim Hore have come out of retirement and will saddle their horses in a month's time to take up their old positions for the 2014 cavalcade.

Mr McAtamney said they had given up a few years ago, after taking part in 16 rides since the initial one 22 years ago.

''But because it's coming to Ranfurly, Jim and I decided to run one - he's always been my right-hand-man.''

On February 15, at least 70 riders will set off from Beaumont Station on the five-day riding trail. .

It will meander from Beaumont Station to Rocklands Station, Middlemarch, over the Rock and Pillar Range to Patearoa Station, Hamiltons Station and on to the finish at Ranfurly.

It was not just the two Maniototo trail bosses who were coming out of retirement, Mr Hore said.

''All the old hands that used to follow us have come back.''

Musician the Southern Man, Denis Henderson, will also be there.

The men, plus a few friends, have ridden most of the trail already to check it out.

While they might be able to familiarise themselves with the terrain, weather was another thing, he said.

''One year the riders were coming off the Rock and Pillar [range] in the late afternoon. A lot of riders got very thirsty and we had to call up our caterers to bring up the water.''

When the nine trails with almost 500 riders plus support crew make their way into Ranfurly on February 22, it will not be any old cavalcade procession, gathering and hoedown.

The town's Art Deco Festival is being held the same day and the two events are being combined, forming Decocade.

''It was a perfect synergy,'' Decocade co-ordinator Amie Pont said.

There will be some changes to the normal Art Deco line-up.

The Friday night cabaret will be replaced with Jazz and Drinks and a formal dinner.

The traditional cavalcade hoedown will go ahead, on the Saturday night, as well as another dinner.

''I don't know how the hell Ranfurly will handle it [but] we don't really fail on things around here,'' Mr Hore said.

Otago Central Rail Trail duathlon competitors will also be coming into Ranfurly on the Saturday.

''So the volunteer effort will be concentrated in one area, the amount of community groups involved is really great,'' Mrs Pont said.