By John Lewis
0 Comments
Otago is now well and truly on the radar of international film companies after Jane Campion’s latest film won the Silver Lion prize for best director at the Venice Film Festival on Saturday.

The Power of The Dog is a 1920 frontier saga starring Benedict Cumberbatch and Kirsten Dunst that was filmed for Netflix in Dunedin, Oamaru, Alexandra, Central Otago and the Maniototo last year.

Campion’s film reportedly received a four-minute standing ovation at the Venice Film Festival, following its premiere earlier this month, and critics around the world have been lavishing praise on the Western.

Campion said she was amazed the festival went ahead, given the restrictions created by Covid.

"It is special for us film-makers to be here live with audiences and experience what we dream about." 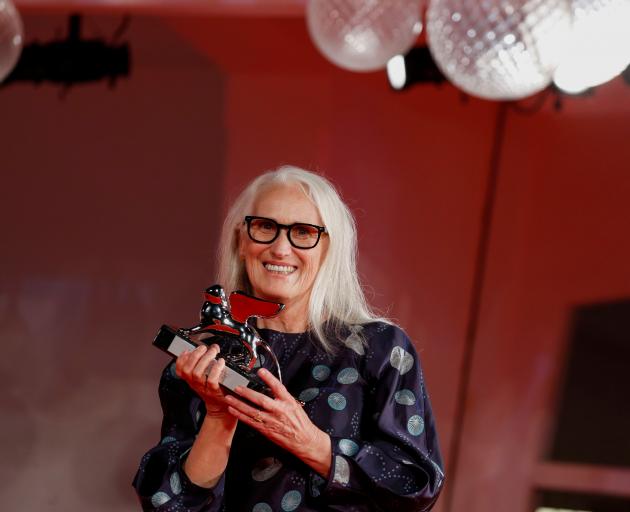 Jane Campion holds the Silver Lion award for best director awarded to her at the 78th Venice Film Festival in Italy on Saturday. PHOTO: REUTERS

Many critics are saying the win boosts the Kiwi director's chances at the Oscars, where in 1993 she was nominated for best director and best picture for The Piano. That movie also won Campion an Academy Award for best original screenplay, best actress for Holly Hunter and best supporting actress for Anna Paquin.

"We’re just going to keep building on that success."

"A lot of people watching the movie will love the landscapes and architecture of Otago, but I also think it’s a testament to the skill of the crew that worked on the film — that they’ve made such a beautiful film for the director’s vision."

The film is scheduled for release in select theatres in November, and on Netflix from December 1.