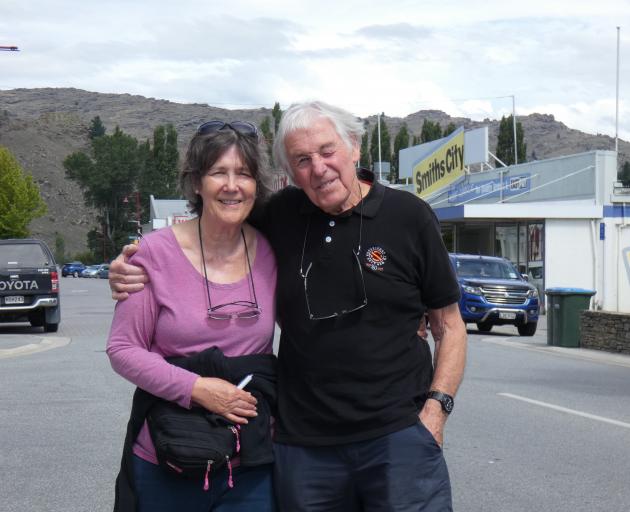 Ron Sverdloff and partner Jackie Jackson-Smith, of Essex, England, revisit Alexandra’s Centennial Ave, 52 years after Mr Sverdloff and his mates joined the Alexandra Blossom Festival in a double-decker bus. PHOTO: SIMON HENDERSON
A globetrotting feature of the Alexandra Blossom Festival half a century ago will be the star of a BBC documentary about seven men and an epic three-year adventure.

The subject is a double-decker bus of the kind that was ubiquitous in London during the swinging ’60s.

The men drove it through Europe, the Middle East and Asia before arriving in Australia and New Zealand, then taking it through the Pacific, the Americas and back home.

Ron Sverdloff was a young man when he and six friends — known as the Essex Bus Boys — began their extraordinary travels.

He and his partner are on holiday in New Zealand and want to track down people who may have filmed the bus when it took part in the Alexandra Blossom Festival parade in September 1968.

He is also looking for a farmer in Clyde who helped the men build two rafts for a race that used to take place on the Clutha River between Clyde and Alexandra.

The men began their journey from Leigh-on-Sea, in Essex, on January 23, 1967, travelling east across Europe and through Turkey, Syria and Kuwait. 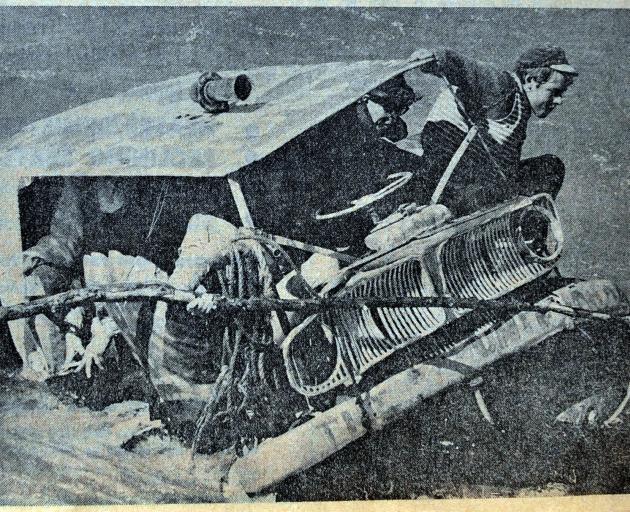 The English tourists take part in a raft race on the Clutha River in 1968. Photos: Supplied
They even got caught up in the Arab–Israeli Six-Day War in June 1967.

"We were lucky to get away with our lives."

When the war broke out, the men were working temporary jobs doing seismographic soundings of oil wells.

"Everybody fled. All the expats fled for their lives when the war broke out, but with a double-decker bus, we couldn’t."

Instead, the men were given an armed escort "so we don’t get killed" while they carried on with their work.

"That lasted for six days — a very short war, but it was dramatic at that time," Mr Sverdloff said.

The men continued their journey after the war, travelling through Afghanistan, Pakistan and India.

"We finally shipped from Madras to Penang. We couldn’t go on the same boat — the bus went on a boat straight to Singapore."

the ‘‘Essex Bus Boys’’ during their almost three-year world tour on a London double-decker bus.
The bus was stuck for a time in Singapore when they ran out of money but sponsorship by Qantas enabled the trip to continue.

"They painted the bus up in a Union Jack, and shipped the bus over from Singapore and we did a tour of Australia, and then they sent us to New Zealand."

After that, the men also toured Tahiti, Panama and up through Central America — "all the Americas, Canada and then back home to England".

Mr Sverdloff’s partner, Ms Jackson-Smith, said the BBC was planning a documentary on the men and their journey.

While back in the South, they were hoping to find people who might have shot film of the bus when it visited 52 years ago.

"We are just trying to see if anybody remembers, so we can get some more context."