Central visit one to remember 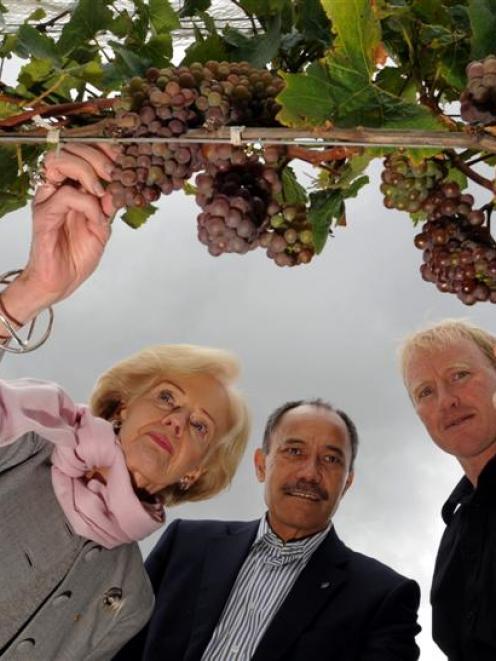 On the final leg of her visit, which included stops in Auckland, Wellington and Christchurch, the Australian head of state was driven by motorcade to Northburn Station for lunch and a station tour.

Ms Bryce grew up in central western Queensland in the 1950s and her father was involved in the wool-scouring industry.

One of her many roles is patron of the Australian Year of the Farmer 2012, which promotes the "extraordinary contribution that farmers make to the Australian economy".

The former Governor of Queensland and women's rights advocate praised Northburn's wine as "absolutely superb" and was excited to know there was also a big merino flock on the station.

She called the area "one of the most beautiful places I have ever seen" and was exhilarated to see snow on the mountains yesterday morning.

Although it was her first visit to the area, she said it would not be her last.

"I just love this part of New Zealand ... I've appreciated the opportunity to talk about all aspects of a very close, significant relationship between our nations."

Earlier, she visited the Queenstown Resort College and the Wakatipu High School.

New Zealand Governor-General Lieutenant-general Sir Jerry Mateparae, who accompanied Ms Bryce, said the aim of the visit was to give her an impression of New Zealand and its people, "from the vibrancy of Auckland to the vibrancy of Queenstown".

Ms Bryce, accompanied by her husband Michael, was due to return to Australia last night.