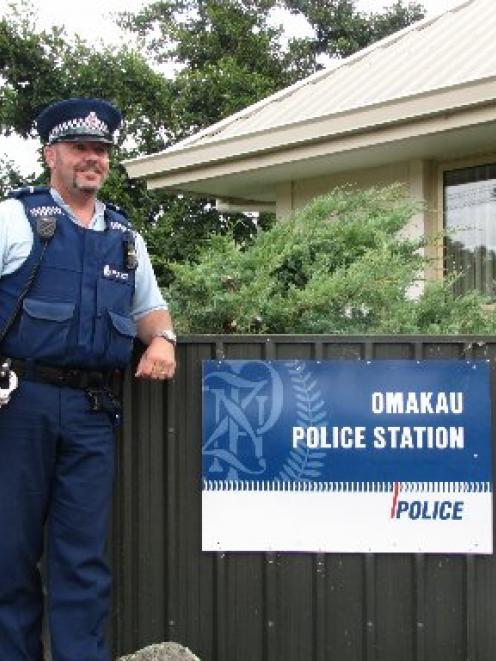 He has been on deck for a week and a-half after moving from Balclutha where he had worked for the past three years.

He said his family had moved for a "change of lifestyle" and for the climate of which he said he had "always been a fan".

Before Balclutha, he spent 11 years on the beat in South Auckland, including three years as part of a team policing unit, where he experienced some of his most memorable moments in his policing career so far.

"Nearly every situation had the potential for hostility."

Before that he was a mechanic and a car salesman. He described himself as "a bit of a petrol head".

Though he loves cars, the decision to change his career and become a police officer was not a hard one.

"I'd always had a feeling of fairness and I like to see people given a fair deal.

"If there's something wrong, I like to see it put right. It's a job that you get to right the wrongs of others."

Though he had worked as a sole officer before, in Beachlands, a small coastal community in East Auckland, he said Omakau was quite a change of scenery.

"[There's] different crimes, different people and different attitudes. I like the idea of having a community to be responsible for."

His appointment is among a series of recent staff changes for Central Otago police.

Dave Greaves, of Alexandra, was promoted to sergeant to fill the position left when Ian Kerrisk was promoted to senior sergeant and Central Otago sub-area supervisor mid-way through last year. Constable Rhys Tait, formerly of Dunedin, has replaced Const Graves.

Derek Ealson, formerly of Alexandra, was promoted to sergeant and transferred to Queenstown. He was replaced by Senior Constable John Clarke, formerly of Invercargill.

Constable Lance Davies, formerly of Alexandra, has transferred to Roxburgh and will be replaced this month by Constable Darrell Cowan from Ashhurst in the Manawatu.

A new vacancy was created at the Cromwell station and filled by Constable Dean Schroder, from Kaikoura, while Senior Constable Phil Beckwith, of Cromwell, has replaced Constable Maude O'Connell.