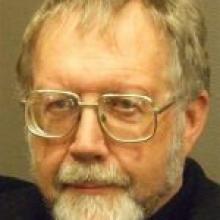 John Angus
New Children's Commissioner John Angus is proud to be a Southern Man and says his upbringing in a caring, Scottish Presbyterian family, has shaped his career.

Mr Angus (60), of Lowburn, was appointed as commissioner last month, taking over from Cindy Kiro.

He will serve in the role for six months until a permanent commissioner is appointed.

"It's a great honour to be asked and certainly a highlight at this stage of my career," Mr Angus said.

He grew up in Southland and Otago, the son of a Presbyterian minister, and attended high school in Palmerston and Dunedin and then studied at Otago University.

After almost a decade as a social worker in Dunedin, Mr Angus moved into social policy, focusing on improving outcomes for children and families.

He worked as a senior adviser for the Ministry of Social Development and its predecessors from 1987 to 2006, leading policy work on child support, the care and protection of children and support for vulnerable families.

He played a leading role in the development of such initiatives as Family Start and SKIP and since early 2008, has headed up work on the prevention of child abuse and neglect for the Taskforce for Action of Violence Within Families.

He and wife Sally returned to Otago three years ago and bought a "block of dirt" at Lowburn.

"People said `you'll want to plant grapes', but we just wanted a block of land to build on."

The couple have built a house on the property and it is still home, even though Mr Angus spends his working week in Wellington, returning to Central Otago at weekends when possible.

His career and values were shaped by being brought up in a family that cared about others, he said.

"The values I was brought up with are still very important and indeed, important within this country. To reduce the rate of child abuse and neglect that goes on hinges on what we do as individuals, as family members and as neighbours, ultimately."

"Being concerned that children are looked after well is something we have to accept as a collective responsibility."

There was nothing wrong with "poking your nose in" if you thought children were at risk or if families were struggling to manage, Mr Angus said.

"That might not necessarily mean phoning up CYF, unless you have immediate concern about the safety of a young person, it might mean you offer support to a mother if she is clearly struggling, for example."

Children who had been neglected and maltreated often went on to become offenders and a cost to the country as prison inmates or as mental health patients.

Mr Angus has a staff of 14 and the role of the office of the Children's Commissioner was to monitor and assess the quality of services provided to children in care under the Children, Young Persons and their Families Act, and also to be an advocate for children aged up to 18.

"Children are our future and I know that sounds trite, but how they grow is incredibly important for our country's social and economic future."

"They are contributors to the richness of our world and see things with fresh eyes."

What is the Children's Commissioner's role?
> To give a voice to children and young people aged up to 18, on policies, laws and matters that affect them, including their rights.

The aim?
> That children and young people have the best opportunities to thrive and develop to their full potential.

How is that work carried out?
> The office of the Children's Commissioner works with community agencies, government departments and other organisations.

> The commissioner and his office mandate a wide range of activities from investigations and promoting complaints channels for children, to raising awareness of children's interests generally.

> Lives at Lowburn, works in Wellington.

> Doctorate in history from the University of Otago, followed by diploma in social work.

> Worked at a senior level for the Ministry of Social Development and its predecessors from 1987 to 2006.

> Since 2008 has headed up work on the prevention of child abuse and neglect for the Taskforce for Action on Violence Within Families.