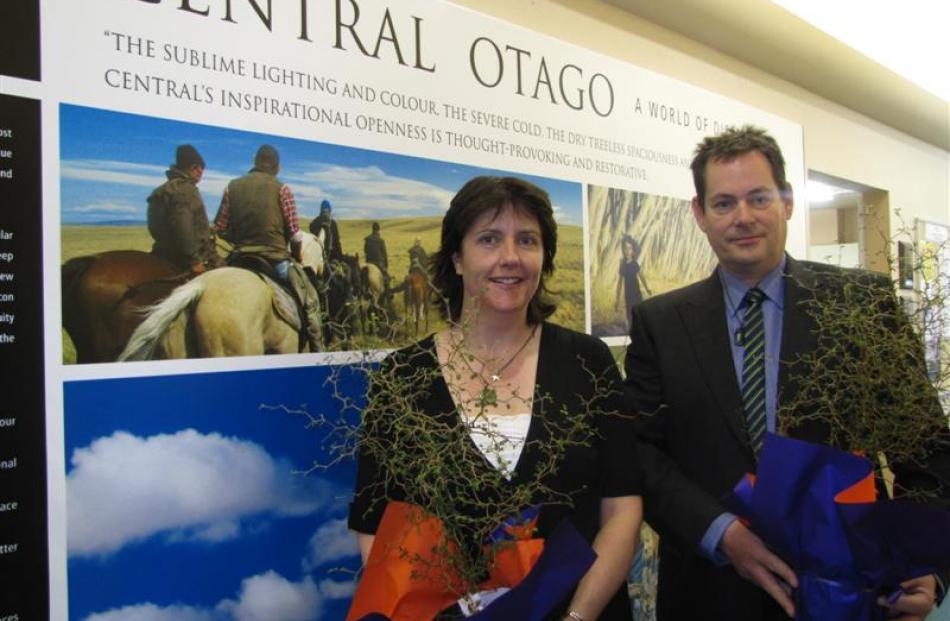 Moira and Andrew Sainsbury with their native kowhai after the citizenship ceremony in Alexandra. Photo by Sarah Marquet.

One of those in the Central Otago record contingent was Otago Country Cricket Association cricket development manager and coaching director Andy Sainsbury.

He left Somerset, England, for New Zealand with wife Moira eight years ago, after gaining his position with the cricket association.

Mrs Sainsbury said Mr Sainsbury's godmother, Hilary Matheson, knowing that he wanted to work elsewhere in the world, had emailed them with three cricket-related jobs she had seen advertised in the Otago Daily Times.

She said they did not hold much hope that he would get the job but late one night he received a phone call. An interview followed and then a week later he was offered the job.

Now living in Alexandra, Mr Sainsbury described it as a "lovely place" with "friendly people" and "outstanding scenery".

Mrs Sainsbury, who works as a grants manager for Central Lakes Trust, said she loved the "massive skies".

Central Otago Mayor Tony Lepper told them they were allowed to support their old country during the Rugby World Cup but if that country was playing New Zealand, they should remember they were now New Zealand citizens.

They all received a New Zealand native kowhai tree to mark the occasion.

The ceremony closed with everyone standing to sing the national anthem, led by pupils from The Terrace Primary School.