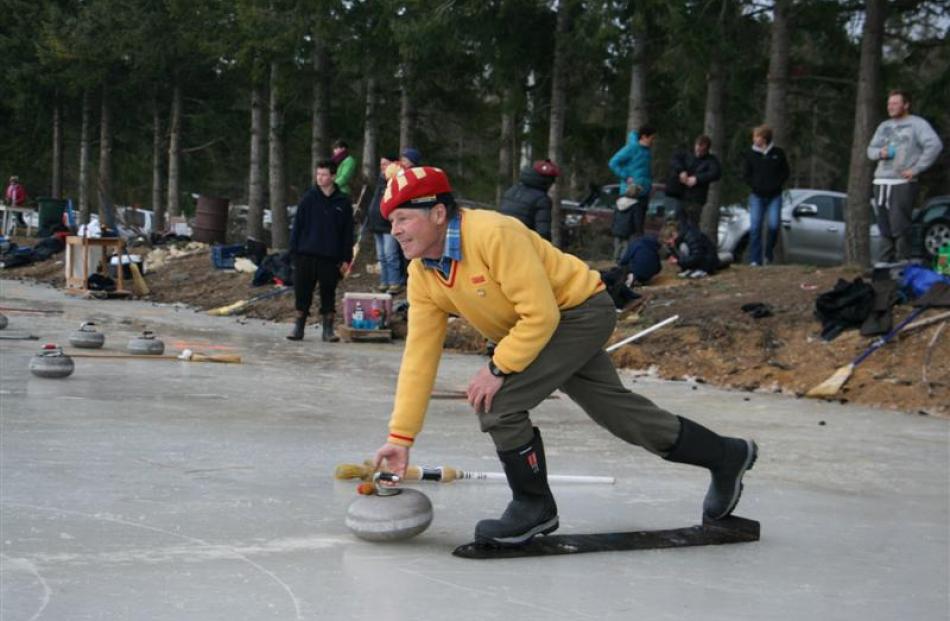 John Mulholland, of the Oturehua club, the moment before he delivers the stone across the rink. Photos by Liam Cavanagh. 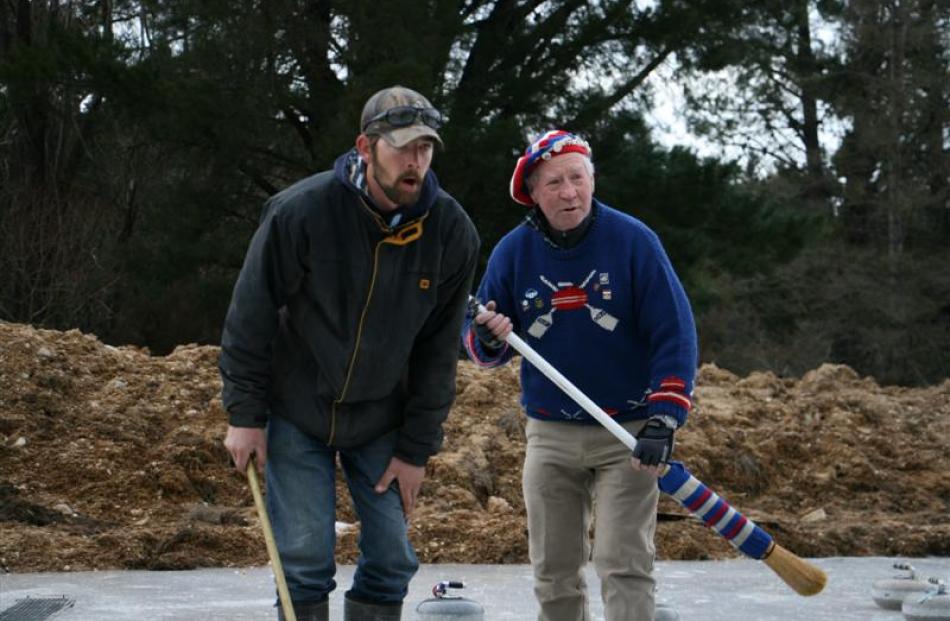 Dunstan Creek team member Chris Armstrong (left) and opposition Robbie Dobson, of Mt Ida, watch a stone closely as it slides towards them.

Curling traditions might be the envy of the world, says the Lord of New Zealand curling.

But curling's oldest rituals and customs are not about to be lost any time soon and were an important part of the curling ''culture'', Mr Davis said.

''The rest of the world is almost envious of our traditions,'' he said.

New Zealand's curling traditions date back to the 1800s, from the Royal Caledonian Curling Club in Scotland.

Players all adhere to the Spirit of Curling which states curlers play to win but to never humble opponents, because a ''true'' curler would prefer to lose than win unfairly.

''It's a brotherhood. We all compete against one another, but we lose graciously.''

Swearing was not allowed on the ice, and players had a drink only when directed to do so, but all in the name of ''camaraderie''.

Mr Davis presided over Curlers' Court last night which ended the two-day national bonspiel in Naseby, the first in 80 years.

What goes on in Curler's Court remains a secret.

''I think that's part of its mystique,'' Mr Davis said.

They used terminology similar to Freemasons but it was a brother and sisterhood for curlers and members promised not to ''divulge'' any information.

He declined to answer further questions about the Court but did say they had ''never had a recorded death''.

Naseby Curling Club member Stacey Herd (26) said she went through initiation at the last bonspiel at Oturehua in 2012 and was nervous about the experience.

There were ''a lot of rumours about a goat'' and advised others to ''definitely take some carrots'' with them.

Kirsty Sloan (31), of the Mt Ida Curling Club, was to be initiated last night and ''didn't know what to expect''.

West Coast Curling Club member Cole Stanton (28) said he and another team member were ''nominated'' for the Curlers' Court, and was told to have some ''soap and carrots'' on hand for the ceremony.

The Court was followed by ''beef and greens'', a traditional curlers' dinner which consists of beef stew, mashed potato and vegetables.

in Naseby last night. Results of the competition were unavailable.