Fleece and fashion at merino shears 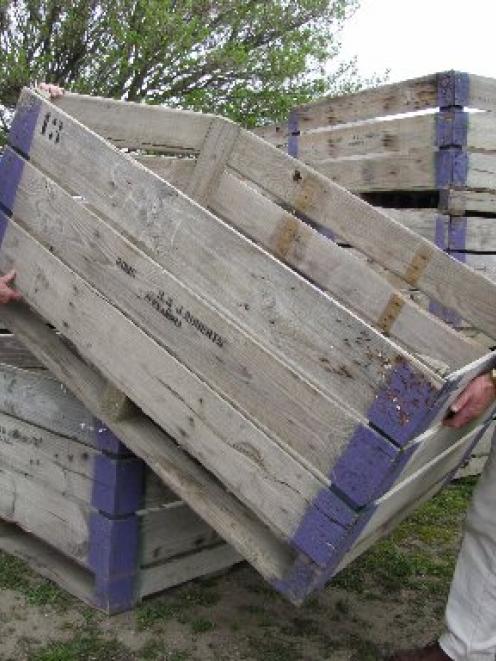 was intended to keep people interested in the shearing event.

''We're trying to improve or vary the programme ... to attract the public we need something novel like the blade shearing at our jubilee [two years ago].''

The Wool On fashion event, which will take place next weekend, originated at the merino shears but the fashion show this weekend would not be quite to that scale.

Triple merino shears champion Damien Boyle, of Australia, will be back, aiming for a fourth consecutive win.

Mr Kinaston said Boyle was the only shearer to win the open class three consecutive times in the event's 52-year history.

He will take on top New Zealander shearers such as Chris Vickers, of Palmerston, and Tony Coster, of Rakaia, who came second and third respectively last year.

Boyle will be joined by fellow Australian shearer Mark Buscum and together, they will challenge New Zealand shearers in the NZ Merino Perth Royal Show Challenge.

About 200 people will be competing over the weekend, split almost equally between shearers and wool handlers.

Mr Kinaston said entrant numbers were surprisingly up on the jubilee event of two years ago and similar to those last year, which went against a nation-wide trend.

There are nine competitions on the circuit, six in the South Island and three in the North Island. Alexandra's was the only one that used merino sheep, which was one thing he credited for the strong numbers.

The open wool handling part of the event is one of 10 events in which people can qualify for one of two spots to represent New Zealand at the world wool handling championships in Northern Ireland next year.

More than 1400 sheep, from Earnscleugh and Stonehenge stations, will be shorn over the weekend.

The competition starts at 7.30am today at Molyneux Stadium. Admission is free today.

The competition continues tomorrow from 7.45am.