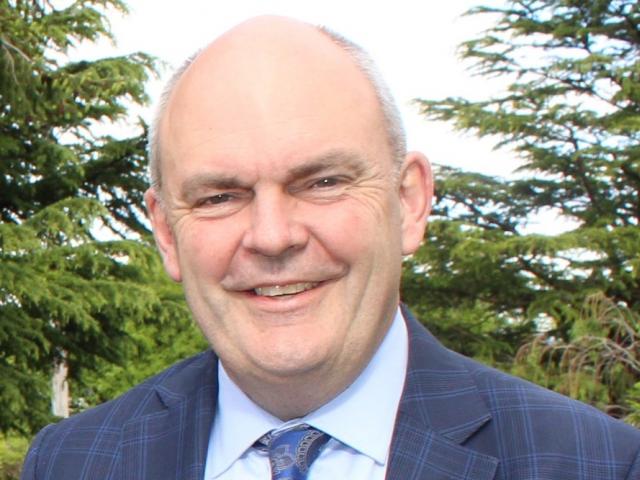 Steven Joyce.
An Alexandra ''innovation hub'' hosting science entrepreneurs could be one of the spinoffs of a space-based research centre in the town.

This week, Minister for Science and Innovation Steven Joyce announced a grant of up to $14.7million over four years for the Centre for Space Science Technology.

Central Otago District Council economic development manager Warwick Hawker said that from the early days of the project, there had been discussions about creating an ''innovation hub'' in the town as an offshoot.

''The thinking was that there could be a group of like-minded businesses all in one place.''

It could potentially house staff from science-based organisations such as the National Institute of Water and Atmospheric Science, Plant and Food Research and AgResearch, he said.

''This is provided they want to do it.''

It could leverage on, and be co-located with, the Centre for Space Science Technology, but not necessarily be directly linked, he said.

The space-based research centre will probably be based in an already existing building in Alexandra.

There were many forms an innovation hub could take, but one being pursued was to link it with the global Design Factory network, Mr Hawker said.

''It's a place where people are supported to take ideas to market.''

Hubs in 10 cities in countries including Switzerland, the United States, China and South Korea belong to the network, each of which has a particular research focus.

''So, for example, perhaps ours could specialise in satellites - but that's just my personal idea.''

The idea was brought to the council by Alexandra man Richard Tyree.

Design Factory hubs were typically places where master's degree students could make their ideas commercially viable through collaboration, he said.

In this form the hub would be run by a trust and have a board of experts in the business sector, he said.

''One anecdote is a few years back a student in Melbourne thought of a sensor to put on elderly people.''

The medical-alert device was noticed by the CERN laboratory in Switzerland, who developed it with the student, and it was eventually bought by a large pharmaceutical company, he said.

The hub would not need much in the way of infrastructure, but would benefit from the high internet speeds which would be needed for the space-based research centre.

Mr Tyree had discussed the idea with people within Design Factory, who were interested in adding the Alexandra hub into its network if it eventuated.

''As you can probably tell, it's still very early stages, but I'm enthusiastic and other people I've talked to are enthusiastic.

''But it will need council and community support.''