Irrigators’ committee will talk to ORC 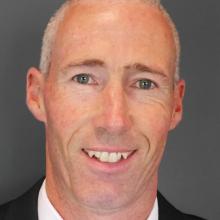 Gary Kelliher
Central Otago farmers are taking matters into their own hands in the minimum flow saga.

A group of irrigators have set up a subcommittee of the Otago Water Resources Group to represent the interests of irrigators and engage directly with the council, chaired by Gary Kelliher.

Mr Kelliher said he hoped the council listened to the attendees.

"We don’t want a replication of the Lindis process.

"We want water allocations to be in the plan change."

About 120 people attended a meeting at Omakau yesterday at which council staff explained the science behind the minimum flow plan change for the Manuherikia catchment.

This was the second day of meetings on the topic.

Michael Laws, the only councillor to attend the meeting, said the council owed the people of the Manuherikia Valley an apology as "we’ve completely stuffed up the communication process".

"People ranged from angry to anxious. Their futures and the economy of the regions are very much going to be affected by these residual flows and minimum flows," Cr Laws said.

He wanted the governance team of the chairman and councillors to be more involved in the process.

"We’re happy with the number of people who have turned out. It has made the sessions very worthwhile."

The council committed to holding more meetings, partly to understand data from irrigators, she said.

A council statement said social, economic and cultural reports were yet to be completed for the Manuherikia catchment. When finalised, the reports would help determine the minimum flow limits that will be put forward for notification.