Opposition to airport clear in survey 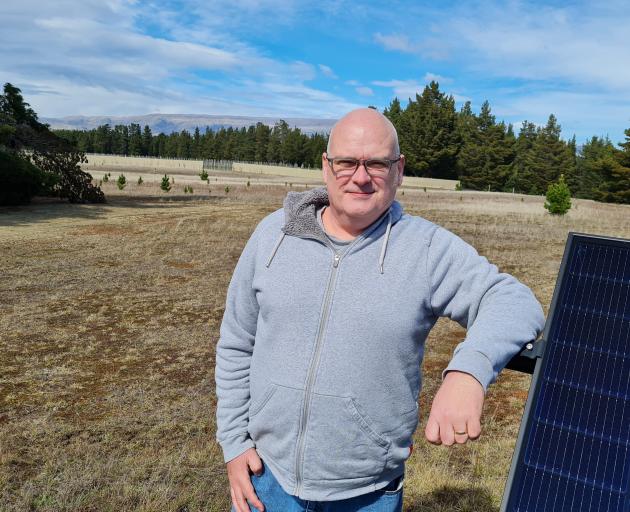 Sustainable Tarras chairman Chris Goddard says there was a great response to the group’s survey on the views of those living within 10km of the proposed international airport at Tarras.PHOTO: MARJORIE COOK
A survey of neighbours of the proposed international airport at Tarras shows only about one in eight responders support the idea.

Sustainable Tarras released results of its community survey yesterday which showed only about 13% supported an international airport.

Chairman Chris Goddard wants an immediate conversation with Christchurch International Airport to clarify the potential for horticulture, residential and commercial land use restrictions.

The group surveyed 180 households within a 10km radius of the Tarras Airport site.

Each household was given a unique code and the potential for two responders.

Mr Goddard said the 41% response rate was "a great response rate for any survey, especially one done by a small rural community. Five percent to 30% are typical."

There were 103 responses, with 79 strongly against, seven against, four neutral, seven in favour and six strongly in favour.

Mr Goddard said "everyone in the community is interested whether Tarras, the Upper Clutha and Cromwell will have residential and commercial restrictions".

Airport project director Michael Singleton was due to talk to the Cromwell Business Group at The Gate this morning, but the event has been postponed until November because of Covid-19 restrictions.

Mr Singleton said the results were not unexpected.

Business group spokesman Glen Christiansen said there was a lot of interest in Mr Singleton’s visit.

The venue normally held about 100 people but could take just 30 under restrictions.

"There’s no point getting him down here just for 30 people," Mr Christiansen said.

Mr Singleton said talk on land zoning and restrictions was "speculative and unhelpful".

"Land use is ultimately a matter for local and central government and there are clear processes around this.

"One of the reasons we chose the site is that it’s away from built-up areas and the land around it is already largely zoned rural.

"There are already limits on how the area can be developed [including a minimum lot size of 8 hectares].

“It’s interesting that 60% of those who were delivered survey forms chose not to take part. What we hear regularly when talking with groups and individuals in Central Otago is that people are generally open-minded and waiting for more information before they form a view. The level of participation seems to reflect that,” Mr Singleton said.

Mr Goddard said "you could never get a survey where everyone responds, especially in Covid".

He agreed survey responders generally held extreme views and he believed those people had been captured.

The survey had integrity, was credible and conveyed a strong message, he said.

Sustainable Tarras will expand the survey in the Clutha Valley this month.

Hopefully it goes ahead, Tarras needs something to get it up and running......
Funny how nobody likes developers or development, but everybody likes capital gain.
The two go hand in hand unfortunately.