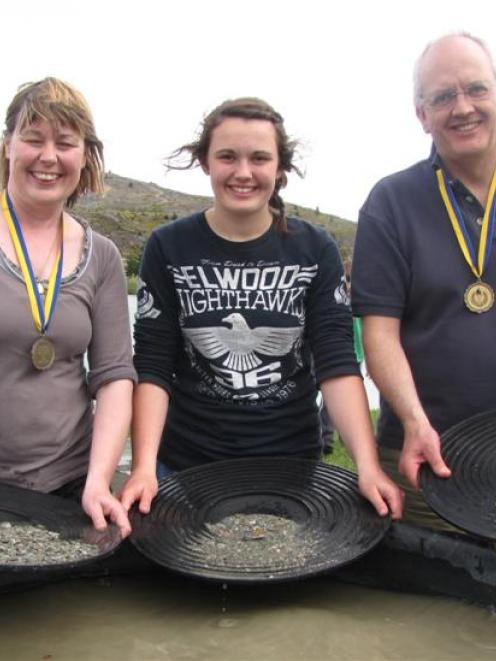 Amelia Gatwood-Ferguson (15) was last year's champion, the youngest to win the title, and went on to represent New Zealand in the Australasian championship.

This year, she came second to Bill Lind, of Haast, in the championship but took home the top prize in the women's competition as well as second in the under 16, and first, with her parents Amanda and David, in the teams event.

Mr Gatwood-Ferguson said it was a great day, with more than 60 competitors.

"People just kept coming down and joining in. It's great; it's what this event needs."

The 2011 Australasian champion, Tom Calvert, of Cockatoo, Australia, also competed and came first in the open and second in the men's sections.

He said it was the first time he had been to New Zealand and said he would leave with a "big appreciation" of the area.

To win, people had to find all the flakes of gold in their bucket of gravel in the quickest time.

Time penalties were given for every flake missed. They did not know how many flakes were in their buckets.

The event was run by the Otago Goldfields Heritage Trust and next year will take place in Arrowtown at Labour Weekend to mark 150 years since gold was discovered there.