Part of inter-dam pipe to be replaced 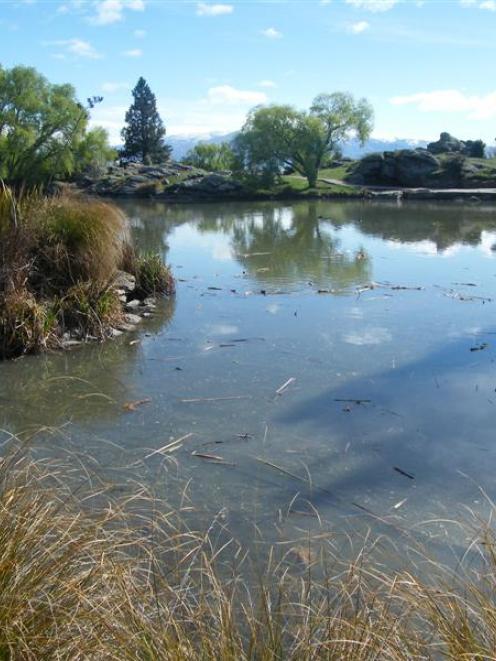 Lanes Dam. Photo by Pam Jones.
Almost $20,000 is to be spent on fixing the pipes and water races between two Alexandra dams in order to save at least four residential properties from regular flooding.

Top Dam, near the corner of Aronui Rd and Old Golf Course Rd, supplies water to Lanes Dam, further down Aronui Rd, during the irrigation season.

Water is carried between the two by a network of underground pipes and open channels that the Central Otago District Council has, to a basic degree, maintained.

That infrastructure has become so overgrown with tree roots that ''we're now at the stage where we can't get any water down without issue'', council parks officer Geoff King said.

He told the Vincent Community Board yesterday there had in the past been isolated incidents of flooding, which escalated in the last irrigation season.

In one case, there was 50-80mm of water in a basement garage. In others, water had washed through yards and carports.

Mr King put several options to the board, including replacing part or all of the pipe between the two dams, costing between $17,450 and $93,200 or more.

Not taking water from Top Dam and instead filling Lanes Dam with town-supply water during the irrigation season, typically September to April, was another option but not recommended, as it was estimated to cost $350 per day.

The dam had ''purely amenity value'' and did not provide any residences with water, Mr King said.

Board member Graeme Bell said it could be used as a backup water supply for the fire brigade if other sources were cut off.

In all, about 20 residents were affected by the waterway, including those that suffered flooding.

The water originates from Butchers Dam, which is owned by the Last Chance Irrigation Company.

The company holds the easements for some of the land the waterway crosses between Top Dam and Lanes Dam and, therefore, the council would need to rely on it when fixing the problem.

However, there were legal issues that would need to be investigated now that the board had given approval.

Mr King said the ''nature and restrictions of the historic easements and consents are not entirely clear at this point''.

The supply of water to Top Dam, and therefore Lanes Dam, is based on a historical agreement between the Crown and the former Alexandra Borough Council and dates back to 1938.

The Crown assigned the agreement to the Last Chance Irrigation Company and tasked it with supplying a quarter head of water to the inlet of Top Dam, which is Crown-owned and managed by the Department of Conservation.

Lanes Dam was originally a reservoir to provide water for the Golden Beach gold claim.