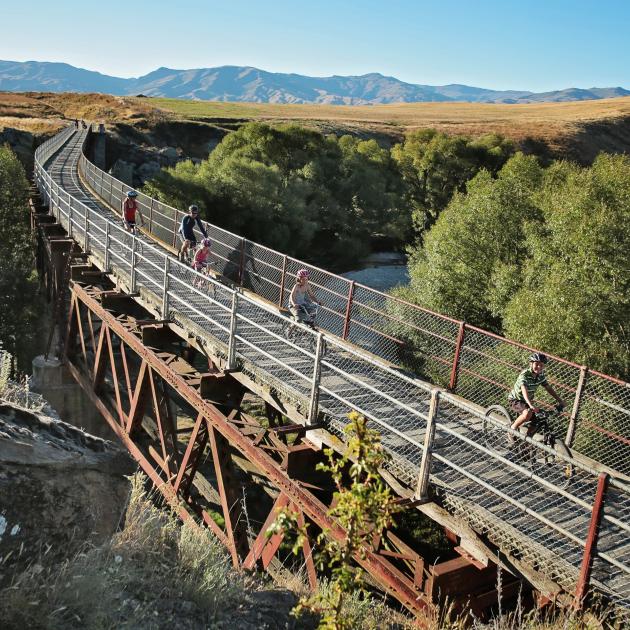 The Department of Conservation released its Summer 2020-21 Visitor Insights Report last month, summarising visitor numbers and tourism trends across its estate nationally, and by region.

The report says international border closures caused by the Covid-19 pandemic were responsible for large reductions in visitors to most Doc attractions, visitor centres, huts and camping grounds, of more than 80% in some cases, although some had remained at capacity, and some had an increase.

Visitor numbers on the trail increased by 67% this summer, compared with last year.

Trust chairwoman Kate Wilson said the statistics were borne out by tourism operators’ experiences on the ground.

"I believe many operators have had a really good season, thanks, of course, to domestic visitors this year.

"We haven’t conducted any particular promotion [to drive this increase]." 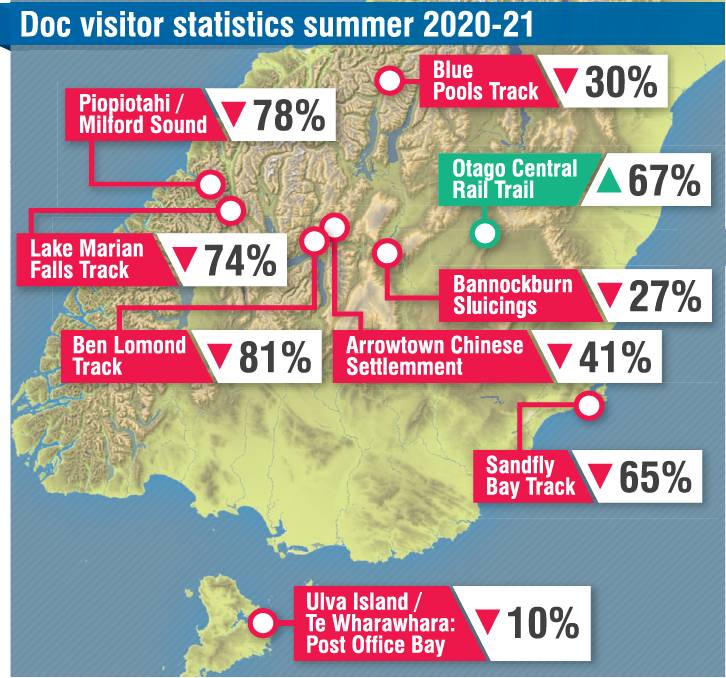 Ranfurly Hotel proprietors Simon and Sheree Hickman said they had seen plenty of cyclists this summer.

Mr Hickman, who bought the hotel two years ago, said it had been a good season for visitor numbers to the town — a major Otago Central Rail Trail hub.

At other key southern tourist sites, the picture was more mixed.

However, Doc’s Milford Track was at full capacity throughout the summer having 3520 visitors.

Huts on fellow Fiordland Great Walks the Routeburn and Kepler tracks were also at or near full capacity, as were Stewart Island’s Rakiura Track huts.

Shorter tracks like the 11km-return Ben Lomond Track above Queenstown, and the 3km-return Blue Pools Track near Makarora fared less well, down 81% and 30% respectively in visitor activity.

Camp site use throughout the South was also lower than usual.