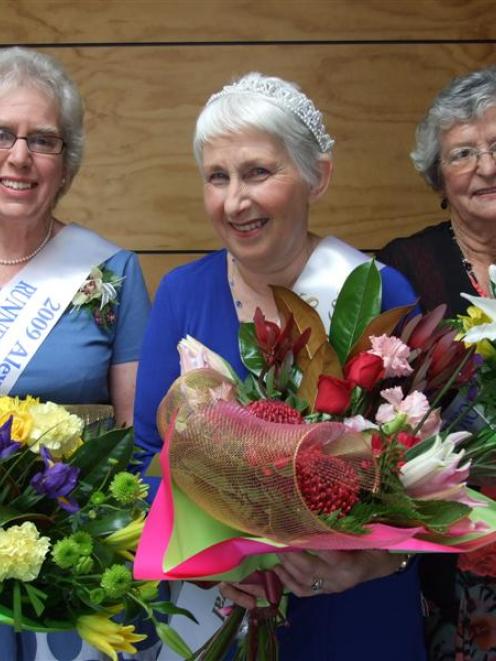 "Dear, oh dear," Mrs Bowie said, as she was announced the winner at a function in Alexandra yesterday.

Representing the Alexandra Clyde Lauder Union parish, Mrs Bowie (69) was quick to point out she was "pushed into" the contest, but it had been a great experience and she encouraged others to take part.

"It's been a wonderful time and all the other ladies have been lovely."

The contest was started 14 years ago, to thank the many volunteers who gave their time to help with the festival and serve on community groups.

This year's event attracted six entries and it heralded the start of the annual blossom festival.

It was judged by Bernie Lepper, Daphne Hull and Neville Grubb.

Mrs Bowie, who lives in Alexandra, is a parishioner of the union church, serves on the Alexandra branch of the Red Cross and is a member of Dunstan Lions and the Birthright organisation.

Central Otago mayor Malcolm Macpherson said four or five years ago, when the festival was heading towards its 50th year, people were wondering if it would soon be the "end of the road" for the event.

"This festival is a festival of generosity and it says something about the community and those who contribute to it," Dr Macpherson said.

The event was in good heart, going strong and defined this part of the country.

The senior queen contest was all about recognising the generosity of volunteers in the community, he said.

The three placegetters will be special guests in the float procession on Saturday.