Skinks in Mokomoko Sanctuary a first

The skinks were two of the rarest species in New Zealand and were defined as nationally critical.

The Grand (Oligosoma grande) and Otago (Oligosoma otagense) skinks were now now relegated to two areas of their former range in Central Otago and were extinct everywhere else, Dr Norbury said. 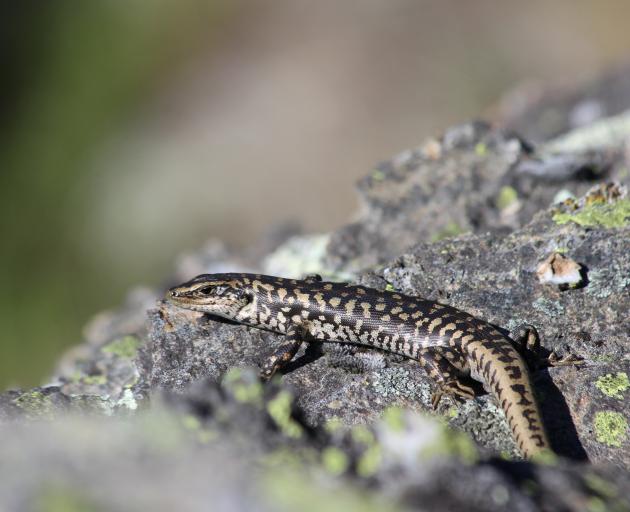 Sheltered from predators is an adult western Otago skink inside the Mokomoko Dryland Sanctuary. PHOTO: SUPPLIED
The skinks in the eastern part of their range had been doing well because of protection through Doc's predator trapping programme, but the western population had no protection because the terrain was too difficult to use predator trapping.

So in 2014, Doc undertook a salvage operation to collect and breed some of the western skinks in captivity.

"The trouble is that the western animals haven't done all that well in captivity and they haven't bred as well as we'd hoped.''

So a decision was made to transfer them to the Mokomoko Dryland Sanctuary.

This was the first time these captive animals were put back into the wild, "so it is pretty significant'', Dr Norbury said.

The release of the lizards would be "a test case'' and might not be successful in improving numbers.

"We don't really know, it is an experiment''.

The animals would be monitored throughout the next few months and watched after the winter to see how well they had survived, Dr Norbury said.

"We don't know yet if it is going to work because of the nature of these western animals, but it's really the best we can do.''