Some immunity to virus confirmed 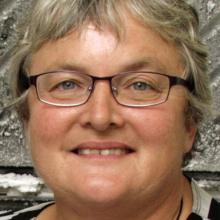 Janine Duckworth
Central Otago farmers are still being encouraged to remain patient while the K5 variant continues to takes hold among the rabbit population, even though it has been confirmed some rabbits will be immune to the virus.

The Otago Regional Council announced the first rabbit deaths from RHDV1 K5 earlier this month, saying it was "excellent news" and patience from landowners had been "paying off".

Omakau farmer and Federated Farmers high country Central Otago chairman Andrew Paterson said at the time it was important landowners were patient, as the regional council had warned interfering with the release programme could limit the spread of the virus in the long term and allow rabbits to build an immunity to the new strain.

The Otago Daily Times is aware of many Central Otago farmers who are still waiting for evidence K5 is effective on their properties, and not wanting to do secondary poisoning operations until then.

Some are worried rabbits may be immune to K5, and are uncertain what the predicted 40% kill rate of K5 means, whether it is an average over time or the estimate of the first kill rate.

When contacted for comment, the ORC referred questions about immunity and kill rate to Manaaki Whenua Landcare Research. (MWLR)Dr Janine Duckworth, leader of  the MWLR rabbit biocontrol initiative, confirmed there would be some immunity to K5.

"The new virus is not expected to cause the high kill rates seen in the 1997 when the old RHDV1 variant first arrived in New Zealand and when the rabbit populations were completely naive.

"Some rabbits will be immune this time, but the RHDV1 K5 variant is better adapted to overcome the protective effects of the benign calicivirus found in New Zealand rabbits.

"These benign viruses can temporarily protect rabbits from being infected with the old variant of RHDV1."

Dr Duckworth said K5 "may result in anywhere up to 40% improvement in kill rates above the current strain", but this would depend on the location of the rabbit population and the number of susceptible animals within the population.

She did not clarify whether the 40% was an average of over time or the estimated first kill rate, but said "the improved effectiveness should persist over time once RHDV1 K5 became established".

RHDV1 K5 was not a silver bullet but should be more effective over the long term, especially when used in combination with other forms of control.

ORC director of environmental monitoring and operations Scott MacLean said earlier this month the council expected the virus to spread in a 20km radius from each of the 100 release sites throughout Otago over the next couple of months.

The virus was released in March.

Mr McLean said it was important to remember the virus would not replace traditional rabbit management methods  and recommended all landowners throughout Otago put a rabbit management plan in place "straight away, to make the most of the virus reducing rabbit numbers to a more manageable level".

"Now is the time for landowners to plan secondary control for rabbits that they can carry out over winter.

"By then, the virus should be well established, and winter is also the optimal season for rabbit control."