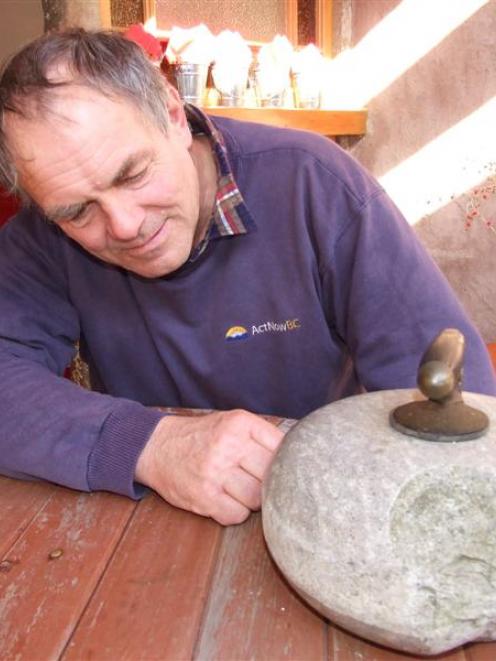 It is to be kept at the Maniototo International Indoor Curling Rink.

Mr Pilling (82) discovered the stone in 1956 after cleaning out his garage in Ranfurly.

Contacting his predecessor, who in turn referred to him to their predecessor, Reg Long, Mr Pilling discovered the stone's origin.

"[Mr Long] told me it belonged to his father and it was used in the first curling game in Otago, at the Woodhaugh Gardens," Mr Pilling said.

The stone, which "has had a hard life", would be put on display with a plaque, so future generations could see it, Mr Becker said.

The event will begin with a get-together at the rink tonight.

Mr Becker had spent several hours at the Hocken Library collecting memorabilia for the photo display.

Mr Becker's father and grandfather had played for Rough Ridge in the early days.

When the family moved to Patearoa in 1948 they became involved with the Ranfurly Club.

Mr Becker was the driving force behind the the Maniototo International Curling Rink.