Drybread Cemetery, at the foot of the Dunstan Range. Photo: RNZ
The extent of a historic cemetery’s borders and finding unrecorded burial plots will be the focus of the latest University of Otago and Southern Archaeology research project, which begins next month. 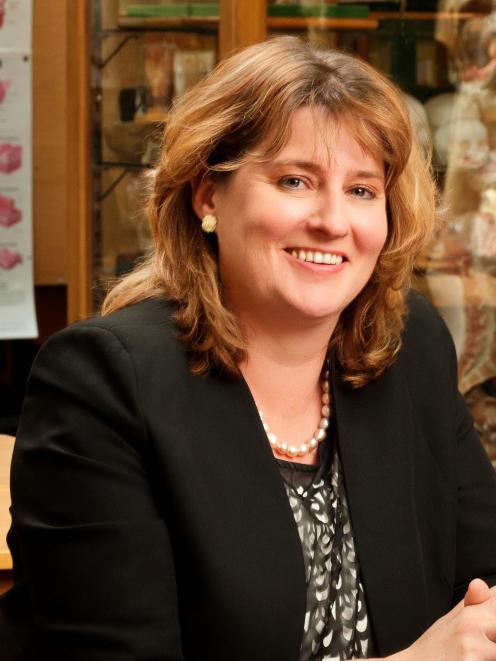 The Drybread Cemetery Trust approached the university and Southern Archaeology Ltd for assistance in learning more about the cemetery’s unmarked graves and inconclusive records, and locating unrecorded burial plots in areas suspected of containing human graves.

Similar research has been conducted at cemeteries in Milton, Lawrence, and Cromwell.

It would involve locating unmarked graves, exhuming and relocating some of their contents, and surveying and archaeological analysis of the site. No marked graves would be excavated.

A sample of remains would be analysed to determine aspects of the deceased’s past such as ethnicity, age, and sex — as well as help to create a picture of their life history through evidence of diet, disease or physical trauma.

The project would also involve searching for the Drybread settlement site.

Drybread was a Gold Rush-era settlement at the bottom of the Dunstan Mountains in the upper reaches of the Manuherikia Valley, Central Otago.

The settlement was established in 1862-63, and faded away about 30 years later as the diggers moved on.

The earliest recorded burial at the Drybread Cemetery was in 1870, but informal burials also took place in the early 1860s.

The trust was eager for the project to answer long-standing questions about the cemetery’s "uncertain" border, spokeswoman Karen Glassford said.

"We have undertaken several projects over the years to try and resolve these issues with limited success."

It would benefit the ongoing management of the cemetery and descendants of lost individuals the project might find.

"We can learn a lot about early-settler life in New Zealand, and answer key questions to help the Trust maintain the cemetery site with confidence into the future."

Southern Archaeology director Peter Petchey said it was an exciting opportunity to study both the people and the place that "shaped many aspects — both good and bad — of the country in which we live today".