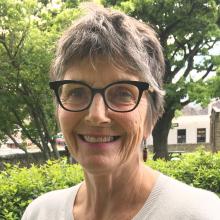 Victoria Ravenscroft
Heated discussion and walkouts dominated a closed door meeting to elect a committee for the WoolOn Creative and Fashion Society in Alexandra on Wednesday night.

A bid by Stan Randle, who leads a renegade faction within the society, to be elected as chairman of the committee was defeated and the incumbent Victoria Ravenscoft held on to her position.

Mr Randle admitted his and his supporters’ defeat yesterday.

"We’ve capitulated. We’ll leave it to them."

Mr Randle said he believed the meeting did not follow the constitution, as a list of names of those nominated was not provided to society members before the meeting, he said.

"They also wouldn’t allow any proxy votes from full members who couldn’t attend."

New members who joined the society at the 11th hour in support of Mr Randle were not allowed to vote.

"If proxy votes and new members were allowed to vote we would have won the election. If they followed the rules the outcome would have been different," he said.

Ms Ravenscroft said the meeting was held for the sole purpose of electing a governance committee after one was not formed at the annual general meeting in January.

She was elected 17 votes to 11, with one late vote accepted in what she called "trying circumstances".

"Unfortunately last night a number of people turned up who were members.

"They eventually walked out, it was just unpleasant and I am just saddened we couldn’t come to a place where we could all work together."

The positions of deputy chairman, secretary and financial controller were filled uncontested. Four nominations for committee members were received and accepted.

"The breadth of skills and experience committee members bring will enable us to move forward towards putting on a successful event in 2020 and beyond," she said.

The WoolOn Creative Fashion event 2020 will be on August 14-15, at Highlands, in Cromwell.