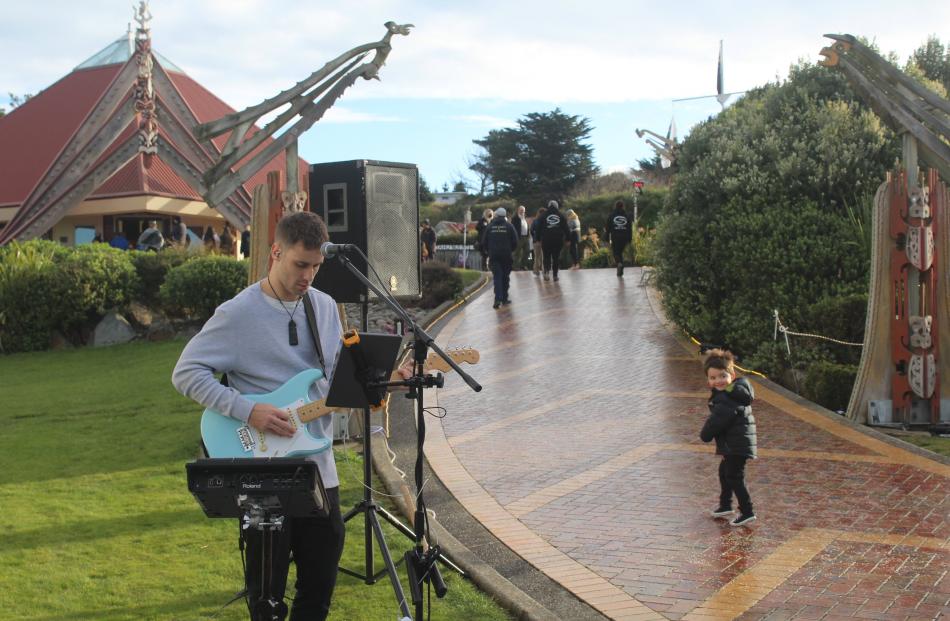 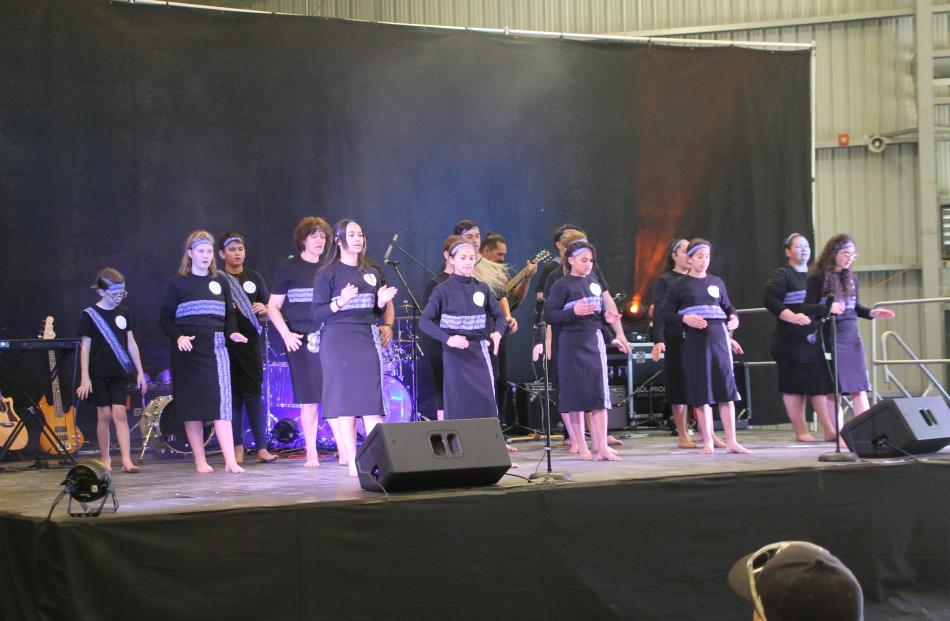 Kapa Haka Hapuri, of Tapanui, performs at Gore’s Matariki festival at the Waimumu field days shed yesterday. The group was one of several to perform during the day among school bands, kapa haka groups and local musicians. PHOTO: MICHAEL CURREEN 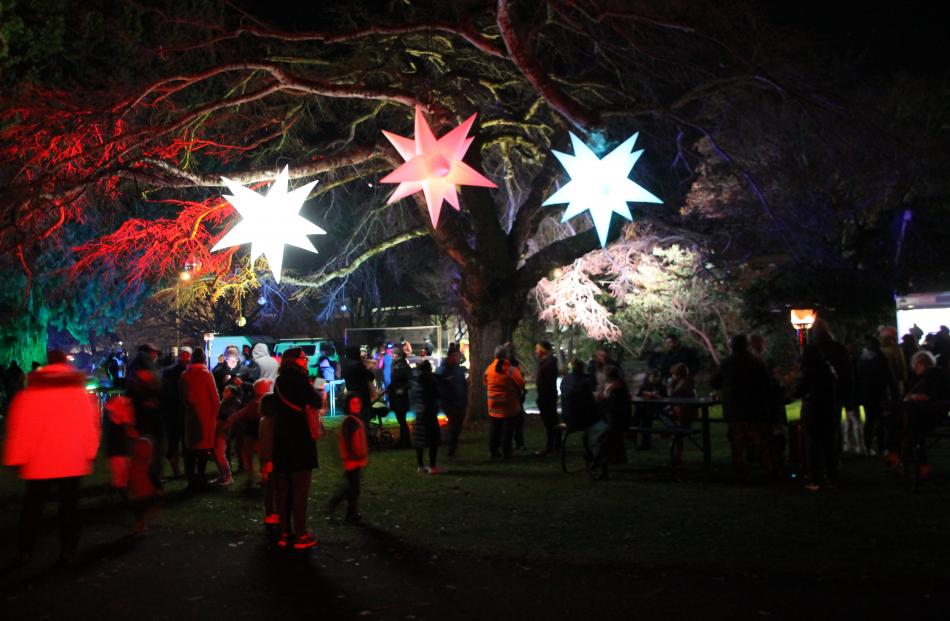 People flocked to the bright and colourful lights of the Gore Gardens during Kahui Whetu on Thursday. The two-hour event attracted hundreds of people. PHOTO: MICHAEL CURREEN 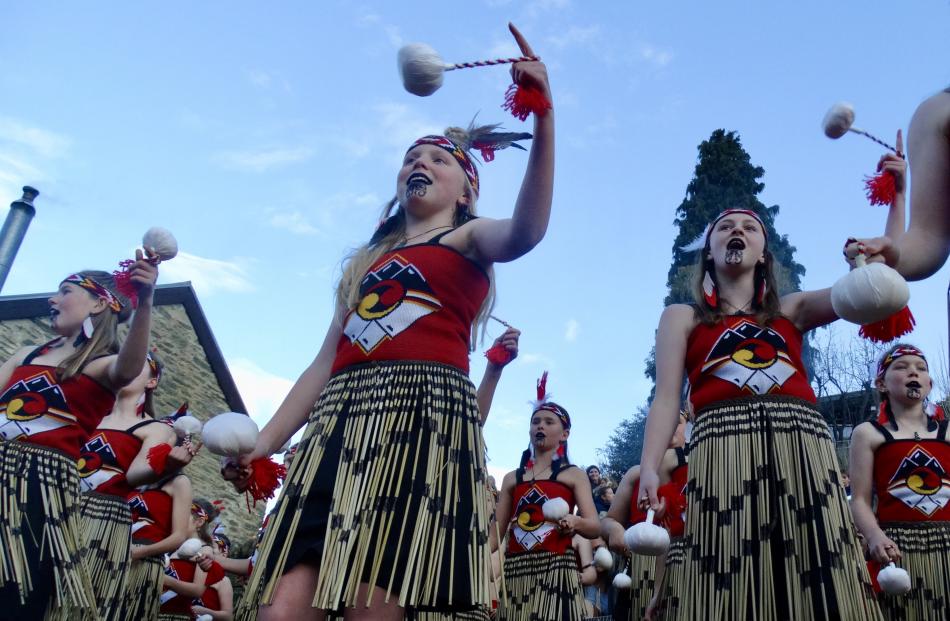 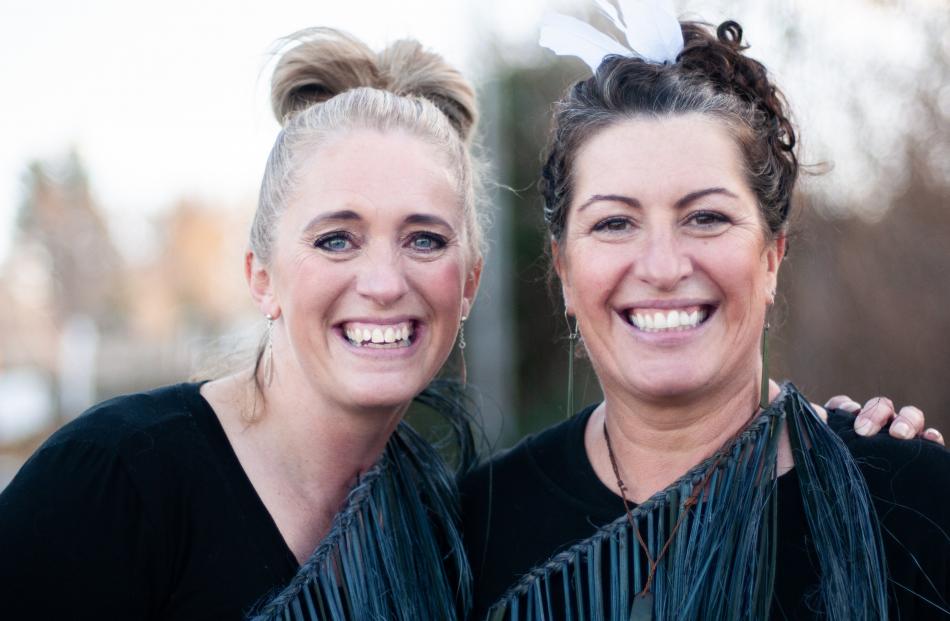 Festooned with string lights and stirred by the sound of karakia, Arrowtown’s main drag was filled with harikoa (good cheer) as the inaugural Matariki Arrowtown Lights Festival began yesterday.

Under the direction of the Arrowtown Promotion and Business Association (APBA), Buckingham St was transformed into a galaxy of performances, art installations and cultural events celebrating Matariki.

It was one of many events that took place last night, with a constellation of Maori New Year celebrations popping up around the region.

As the sun set, the street was illuminated by light projections and installations, and local astrophysicist Prof Brian Boyle shared his knowledge on the wonders of the night sky, teaching people how to find Matariki and Puaka.

APBA manager Nicky Busst said though the community had been celebrating Matariki for a decade with APS’ kapa haka group and the preschool’s annual fundraiser, this year’s introduction of a public holiday offered an opportunity to turn it into a bigger event centred on understanding Matariki.

"We’ve really utilised the community, and the schools in particular — they’re involved with some 3-D projections and art installations in the town, which are all about Matariki and what it means to them," Ms Busst said.

South Island Light Orchestra (SILO) brought the Matariki sparkle down to the streets with light installations and projections on Arrowtown’s historic buildings.

"It’s the first time we’ve done stuff for Arrowtown and so it’s quite cool to be able to splash some colour along the route,” SILO spokesman Simon Holden said.

As well as "a general beautification of the streets" with lights, SILO projection-mapped karakia on to the Lakes District Museum and lit the Athenaeum Hall facade with animation of the Matariki stars and astrophotography by Prof Boyle.

Mr Holden hoped the installations championed the essence of Arrowtown and created an environment to explore the meaning of Matariki.

"At every juncture it was important to us that what we’re doing is in line and respectful of what Matariki is and represents."

Noting the challenges the historic mining town had faced during Covid-19, Ms Busst said the festival was a chance for the community to come together and practise the tikanga of Matariki.

"A lot of people have been separated from their friends and whanau, and to be able to come together and have a reason to celebrate ... that is what Matariki is all about."

As people wandered down the cobbled street taking in the lights, hot chocolates and toasted marshmallows in hand, she said it was a surreal moment to see it all come together.

"It’s a really closeknit community, and we all really look out for each other, so it’s just gone perfectly and I’m really proud of everybody."

Community and connectedness were also the heart of Naseby’s inaugural Matariki celebrations yesterday.

About 90 people packed in to the Naseby Town Hall to start the celebrations with karakia and korero about Matariki, and a pop-up star science show with StarLab from Otago Museum.

"I love seeing our rangatahi [young people] flourish ... and what is special is it doesn’t matter where you go or how long you’re away for, you’ve still got a place and these are our songs that we sing, and to connect.

"I think it was special — and special to do it for Matariki."

In the evening a crowd gathered at the Naseby Domain for a community hangi followed by stargazing through telescopes with astronomers on hand for guidance.

Exploring the night skies and the rise of Matariki continued early this morning.

Matariki was a community collaboration co-ordinated by Naseby Vision.

Naseby Vision secretary/treasurer Hilary Allison said when the public holiday was announced, the organisation was "very keen" to explore what Matariki could mean in the Maniototo.

"[We wanted] to start building a history and stories of the goodwill and the gratefulness that goes with Matariki, remembering those we’ve loved that have passed and hopefully a bountiful harvest and thinking about the new year plans."

She was struck by the goodwill around the event, she said.

Further south, people also came together to celebrate in Bluff, with vistors from near and far heading to the southernmost marae in New Zealand yesterday for the second day of their Matariki celebrations.

Te Rau Aroha Marae opened its gates to the public at 2pm to a steady stream of guests who found the stories of Matariki beginning near the entrance with a trail that displayed the stories of the stars in the Matariki cluster.

The project was led by Bluff local Jay Coote, and will last for four days.

He said the opening on Thursday saw a good turnout of locals, and a consistent flow of guests throughout the afternoon.

"One of the really big highlights is there’s a track that’s been created around the marae whenua so people have been able to walk around and check out the whole marae, and learn about Matariki and the stars and how signifigant they are to the runaka."

Plenty of activities and displays were available throughout the marae and its grounds, including toi Maori exhibits, weaving and carving, kai stalls, an open wharenui, and marae trail tours.

The celebrations continued on into the evening, with the lights being turned on at 5.30pm and lasting until 10pm.

Festivities will pick up again in the afternoons today and tomorrow, and buses to and from the celebrations in Invercargill will be available.