Kara Roderick-Wandless believes her brother would be smug his family created a day all about him.

Her brother, Tane Roderick, was killed in February last year when he was hit by Austrian tourist Melanie Giesinger’s Toyota Hiace, near Moeraki.

Golf was a central part of Tane’s relationship with his father Nobby, and yesterday more than 60 family members, friends, police officers and golfers turned out for a memorial golf tournament at Waitoa Park Golf Club.

"It’s just to celebrate his life, really. He was very social, he was popular, he was a good bugger and he’d be loving today — he’d love that it’s all about him," Ms Roderick-Wandless said.

However, it was not a standard golf tournament. People teed off from tyres, there were alternative golf clubs and "bets" and "drink shouts" throughout the day. 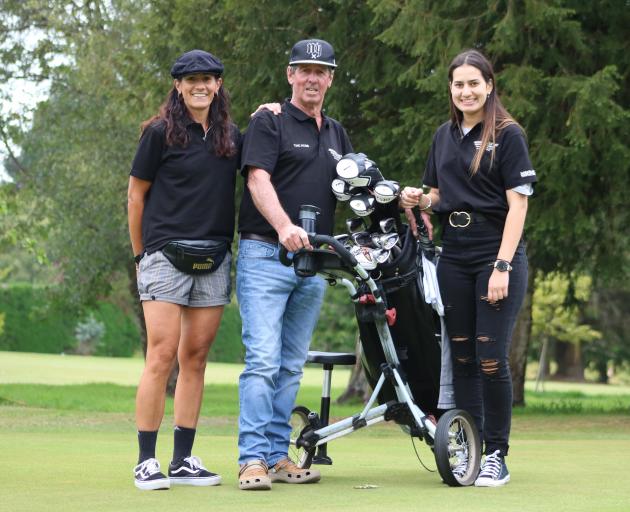 Players donned special tops with their nicknames given by Tane plastered across the back.

It was big turnout to remember the Auckland-based motorcyclist’s life, but Kara was not surprised by the number of people.

"When you meet Tane, you’re drawn to him, he’s always happy, always, just like Dad. They’re such positive, happy people. I loved how his nature was, he’d give someone a nickname, he’ll make a joke — he was always just good to have around."

Mr Roderick, who organised the event, told the crowd he was incredibly grateful to the public for coming out to celebrate his son’s life and to all the people who had helped him and the Waitoa Golf Club.

"He [Tane] was a great bloke. I couldn’t let him go without having this day for him."