‘Heaps of things we can do’ 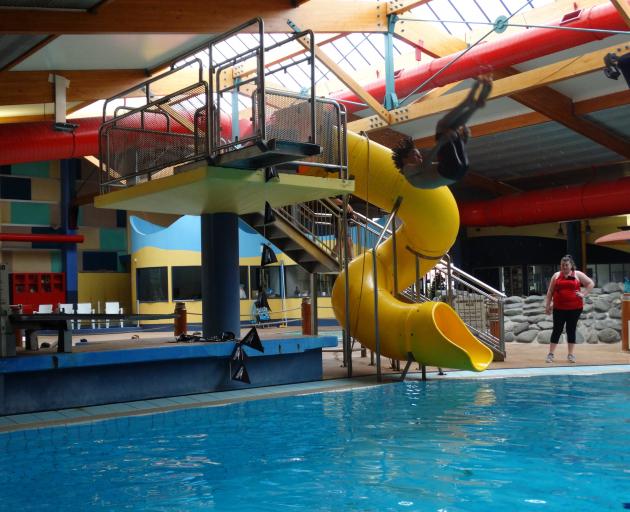 Scores of people have taken the plunge from the 3m-high platform, which was officially opened on December 14.

"We have a lot of people who really enjoy being in the water ... There’s heaps of things we can do," Mr Lanyon said.

Options being considered for introduction this year were underwater hockey, diving, kayaking and flipper ball, a junior version of canoe polo among others.

In the case of canoe polo, Mr Lanyon said it had the potential to capitalise on the large tournament held at the aquatic centre each year.

"There’s no canoe polo happening in Oamaru, yet we host the canoe polo South Island championships. There’s a whole bunch of activities we can do in the water which we are not doing at the moment that we could offer and if people want to give it a go then we’ll offer it. It’s about trying to offer more people more things in a controlled environment."

The options being considered at present were in the planning stages, as was when they would start and how they would be structured in terms of frequency.

Mr Lanyon said "taster programmes" had been offered during school holidays in the past, which had proved successful.

In addition to building people’s confidence in the water, co-ordination and health and fitness, there were other benefits people could gain from any future activities, he said.

"The social side is massive ... People come down and connect with other people doing like things."