A break-in at an Oamaru foodbank is particularly disappointing for its manager, who says the alleged perpetrator had been helped by the organisation in the past.

In his 30 years of volunteering at the foodbank, there had never been a break-in, Mr Wilkinson said.

That was until the weekend, when an Oamaru man in his 50s is alleged to have broken into the foodbank in France St on Friday night and damaged its kitchen and toilet.

The break-in was particularly disappointing because the foodbank offered its services free, and had done so for the alleged perpetrator in the past.

‘‘We have helped them a number of times,’’ he said. 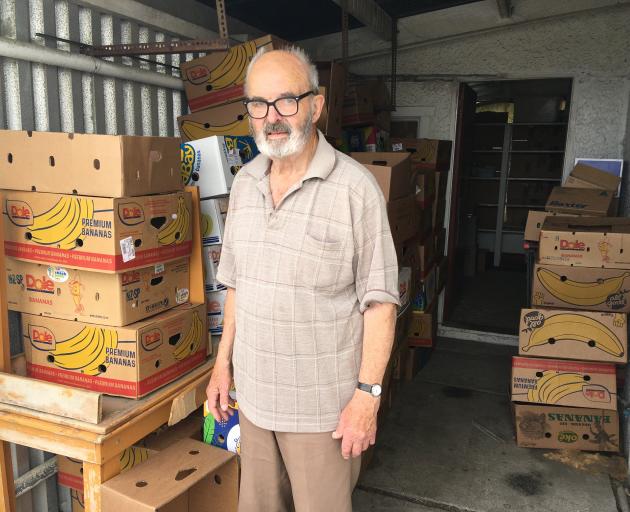 Oamaru Churches Food Bank manager Archdeacon Bernard Wilkinson says it is the first time someone has broken into the foodbank. PHOTO: RUBY HEYWARD

Mr Wilkinson locked up on Friday afternoon and had arranged to open the foodbank for someone on Saturday afternoon.

Upon arrival, he was disappointed to see there had been a ‘‘bit of an attack on the place’’.

The foodbank’s kitchen door was damaged, its toilet bowl smashed, and its mirror broken.

Cardboard boxes to be used to store food collected during the coming Toot for Tucker food drive, which replenished the foodbank’s stocks for the coming year, were thrown into the rain.

Mr Wilkinson said no food had been stolen as it was stored in a more secure area of the building.

‘‘Our stocks are untouched,’’ he said.

‘‘Perhaps because they did not find any food, they may have got angry about it and kicked the toilet to pieces.’’

Acting Sergeant Neil Rushton, of Oamaru, said a man handed himself in at the Oamaru Police Station yesterday morning.

‘‘He’s obviously thought about his actions and [the] consequences - and it got the better of him,’’ Acting Sgt Rushton said.

‘‘It’s good on his behalf - taking ownership for his actions.’’

The man was charged with burglary and is due to appear in the Oamaru District Court next month.