Call for more signs at T-intersection 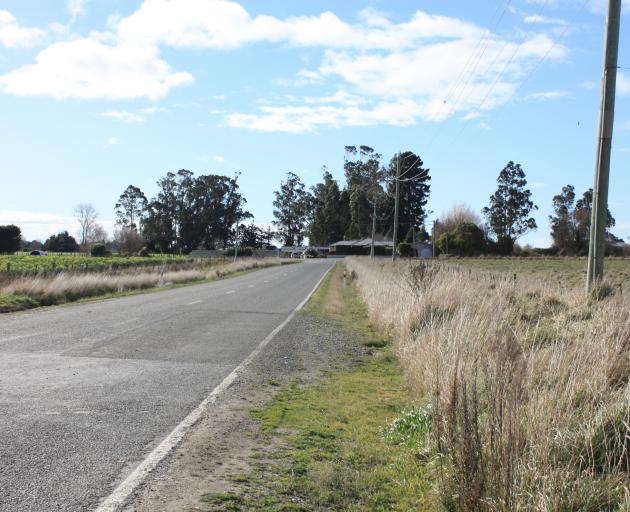 On June 12, Kaylem Rayne Webb-Hirst (16) and Michael Shelford Mauheni (17), both of Oamaru, died when the vehicle in which they were passengers crashed and caught fire at the north Oamaru intersection.

Former Houhora police officer Chris Yarnton said he was concerned about a lack of signs in Shortland Rd to alert drivers of a T-intersection ahead.

And the problem was most evident at night, Mr Yarnton said.

"If you had your lights on, and you were driving down [Shortland Rd], you would tend to think the house lights [at the intersection] are the right-hand side of the road," he said.

"There needs to need to be a sign to say there is no way ahead.

"[The] council doesn't seem to recognise the effect something like this [crash] has on family and friends."

Mr Yarnton, who retired from the police six years ago, said he had attended many crashes in his career and he immediately noticed the absence of signs at the intersection.

"I have only come forward because if something happens again I would hate to have done nothing."

Waitaki District Council roading manager Mike Harrison said the council had completed its own review into the June fatal crash and was working with the police and coroner on the next steps.

"Any time there is a serious or fatal injury [crash] we work with the police investigation to understand what caused it and what could be done to better inform people around choices in the future," Mr Harrison said.

"There is nothing flagging up to do immediately, but we will see what goes through with the review."

Installing a chevron sign at the intersection could be an option, but the council was looking at the wider environment of the roading network and how to better influence driver behaviour, he said.

"We are expecting a report and will be reviewing the history of the site as part of that review."

Detective Sergeant Hannah Booth, of Oamaru, said she could not comment on the police investigation into the fatal crash in June until inquiries were completed.

No charges have been laid.