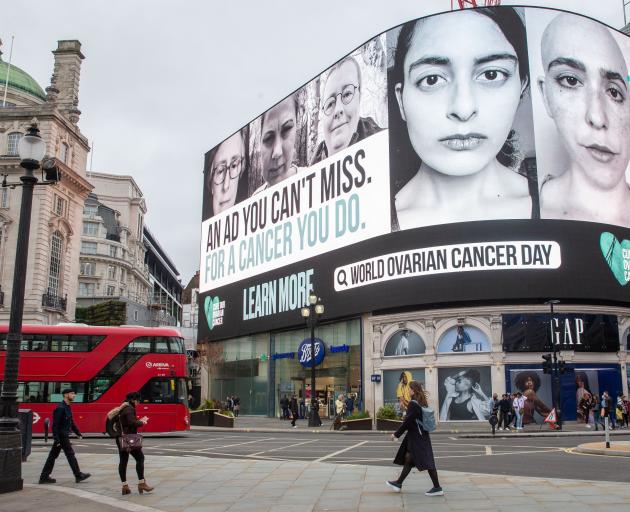 The Cure Our Ovarian Cancer billboard in Piccadilly Circus, London, on Saturday. PHOTO: SUPPLIED
"An ad you can’t miss, for a cancer you do." 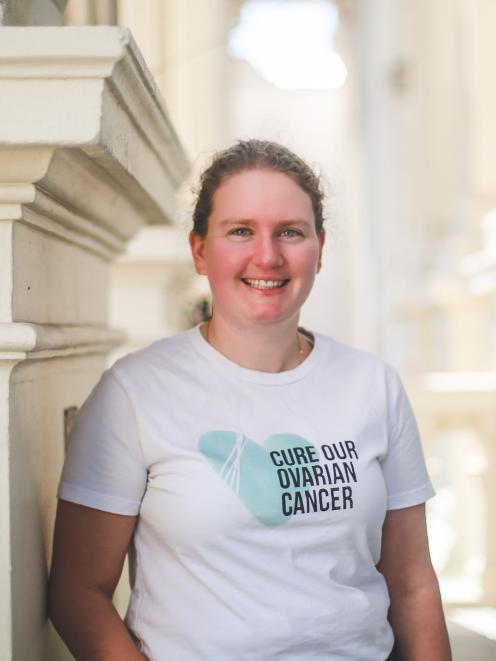 Jane Ludemann
That is the tagline that appeared on billboards in London’s Piccadilly Circus and New York’s Times Square on Saturday, as part of a campaign organised by Dunedin woman Jane Ludemann to raise awareness of ovarian cancer.

They feature the faces of more than 30 women, including four New Zealanders, all diagnosed with LGS ovarian cancer.

Ovarian cancer was a difficult reality to be faced with, but the women were all focused on providing better outcomes for them and others, Ms Ludemann said. New Zealand creative agency Topham Guerin had helped with the campaign free of charge.

The scale of the international campaign — and the extremes women were going to to be heard — "speaks to the urgency of the situation", Ms Ludemann said.

Ms Ludemann, who was brought up on a farm in rural North Otago, wanted the campaign to draw attention specifically to LGS cancer, but also to all forms of ovarian cancer. She also hoped it would encourage donations to Ovarian Cancer New Zealand.

"We want women of all ages to be aware of the subtle symptoms of ovarian cancer which can easily be missed and dismissed. And we want research so women with ovarian cancer live longer."

Ms Ludemann started noticing unusual symptoms about two years before her diagnosis. Visits to doctors did not provide any immediate answers.

When Ms Ludemann was finally diagnosed at age 32, she was stage two, and doctors gave her five to 15 years to live.

"It’s a lot of uncertainty to live with. At the moment, I’m doing well on my treatment, which is great," she said.

In February, Ms Ludemann presented a petition with more than 7000 signatures to National MP Louise Upston at Parliament.